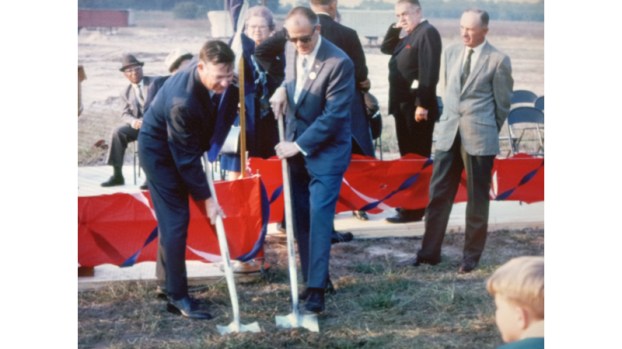 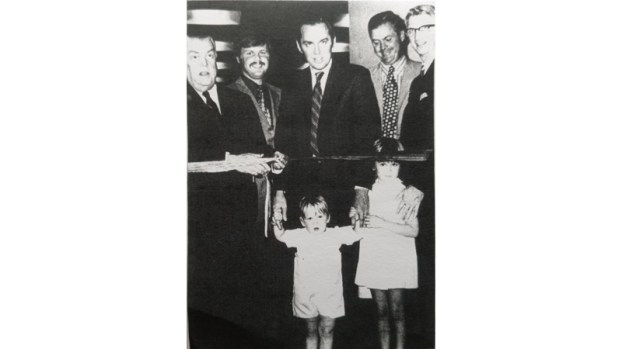 In the middle of Friday’s hectic final day of registration, Baker happily reported that 18 of the 65 courses offered at the college had already been filled. “We’re going to have to extend registration into next week,” Baker noted. “Persons unable to register before opening day will be able to do so Monday through Friday of next week – during regular college hours.”

“Am I ready for opening day?,” Adams questioned a question put to him last week. “You can believe I’ve been ready for a long time. It’s the day I’ve been looking forward to for many, many months.”

Adams was appointed president of the College in June of 1970.

After much discussion as to location of the new college within Region 21, a site in Franklin was chosen. The land, located adjacent to the new Franklin-Boykins Road, across from the Peanut Growers Cooperative Association building, was offered by Franklin officials. Owners Willie Camp Younts, of Atlanta, Georgia, and Ruth Camp Campbell, of Franklin – daughters of the late Paul D. Camp, said they would make that site available for the college without cost. The Franklin site would have significant infrastructure: water, sewer, and electrical connection, along with police and fire protection. Thus, all the foregoing considerations, combined, pointed to the obvious choice for the college’s location —in Franklin.

Earlier in the year, very strong consideration was being given to place the college on a site in Isle of Wight County: the 90-acre Richard Rawls farm located on U. S. Route 58, about 2 miles east of Franklin.

In 2002, a major addition to the Franklin campus was the completion and dedication of the Regional Workforce Development Center which was established to provide occupational training for hundreds of people in the region. At the Center, the College provides: specialized employee training services customized to employer specifications; pre-employment training programs; and other workforce development services – including space for employers to meet with or train their own employees. Secondarily, it provides a venue for various educational seminars, business conferences, and other community events. To assist with the development of the Center’s programming, earlier, in the latter part of 1998, Carolyn Crowder was named its director. Later, she was appointed as a vice president of the College, still heading-up the Center.