FRANKLIN – Curtis Wayne Bulls, 70, passed away on Saturday, Oct. 9, 2021. He was born on Nov. 3, 1950 in Franklin, Virginia and grew up in Southampton County. He was a member of Vincent Grove United Methodist Church as a young man. He met his wife, Becky, of 51 years in Franklin. Wayne’s long career in engineering began as a draftsman working for the Virginia Department of Highways in Suffolk and ended as a senior structural designer working with Alliance Engineering. He earned an associate’s degree in Interior Design and had a passion for designing homes. He will be remembered for his strong work ethic, great sense of humor and generosity to family and friends. 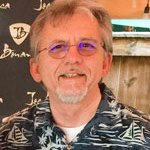 He was preceded in death by his father, Curtis Lee Bulls. He is survived by his mother, Gwendolyn H. Best; stepfather, John “Pa” Best of Courtland; brother, Ronnie Bulls and his wife, Janet of Franklin; and sister, Vivian Mack, of Yale, Virginia. He is also survived by his wife, Rebecca L. Bulls, along with her brothers, Jimmy Newsome of Franklin and Dennis Newsome of Emporia ; his children, Joseph Bulls and his wife, Jessica; and his daughter, Stephanie Bulls. His grandchildren, Logan, Cameron and Aidan; and one granddaughter on the way, Abigail. As well as many nieces and nephews. He will be sorely missed by everyone.

In lieu of flowers, Wayne requested a memorial tree donation in his name: (www.sturtevantfuneralhome.com/obituaries/obituary-listings). Donations may also be made to the Multiple Myeloma Research Foundation (www.themmrf.org).