Windsor stands out in cross country 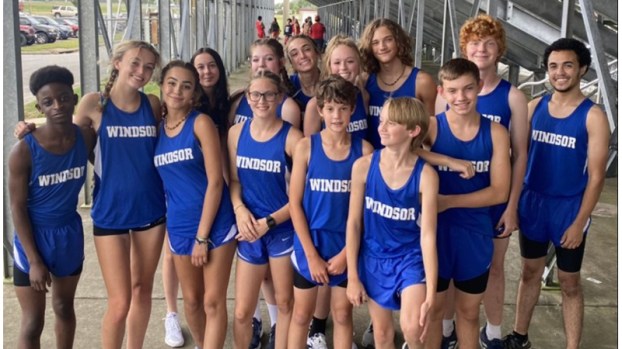 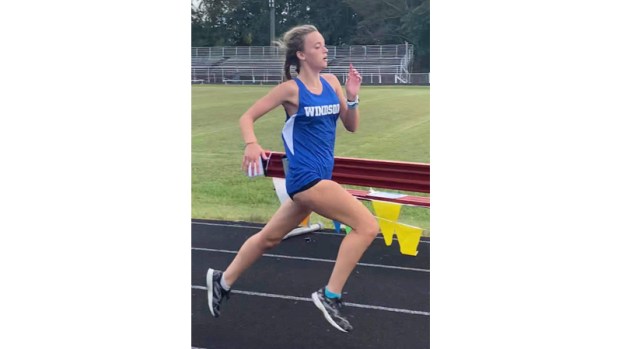 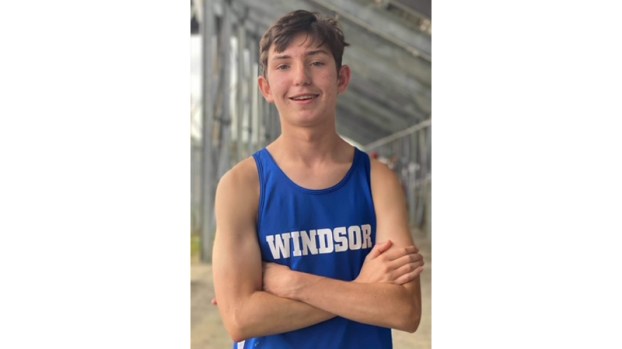 Michael Scholz, a senior at Windsor High School, is the leading standout for the Dukes cross country team this fall. (Photo submitted by Holly Goetz) 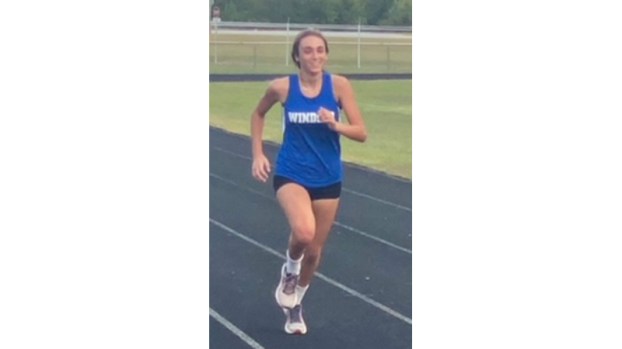 Windsor High School junior Kaylee Bracy has consistently established herself this year as one of the top runners on the Lady Dukes cross country team. (Photo submitted by Holly Goetz) 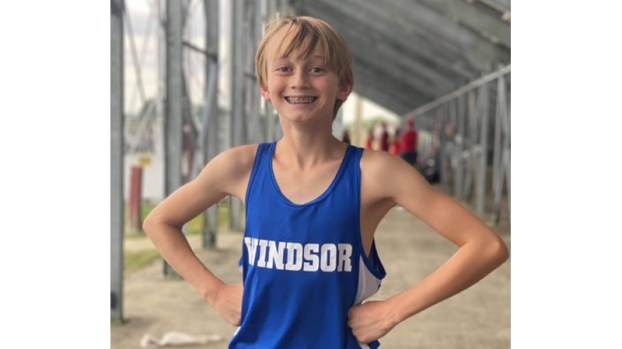 Eighth-grader Ethan Brinkley-Sawyer’s results do not count yet for the Windsor High School boys cross country team because he is not in high school yet, but his coach believes he already shows potential to be a future No. 1 runner in the area. (Photo submitted by Holly Goetz)

Windsor High School’s cross country program is in only its third year of existence, but its teams are growing in size and success, with the Lady Dukes having registered both individual and team first-place finishes this season.

Holly Goetz, who is in her second year as head coach of the Windsor girls and boys teams, described how the program has grown.

“Last year, we barely had enough for a team; so we had five and five — five boys, five girls,” she said. “Now we have 17 runners, so I have eight girls and nine boys. Three of those boys, of course, are eighth-graders, but our goal is to have at least 10 (members) on each team, so we’re right up there.”

To qualify as a team at a meet, each squad must have five runners navigating the 3.1-mile course, and the runners must be in grades 9-12. Younger runners, like eighth-graders, can run for training, but their times do not count in the meet’s individual results or toward a team’s score.

“We started on Aug. 2 (this season), and we’ve steadily increased our runners,” Goetz said. “I just added another runner, so (we’re) just trying to spread the word and get people to come out and run, and so far they’re all doing a great job.”

Five meets into the schedule, the Lady Dukes have had enough runners to compete since early in the season, but the Sept. 29 meet at Southampton High School was the first time Windsor had been able to field both a girls team and a boys team.

“We’ve had a lot of people out for COVID exposure and things like that,” Goetz said.

With 40 points, the Lady Dukes won the Sept. 29 meet in a field of four teams after having also been victorious earlier in the month.

Windsor junior Chloe Griffin placed third out of 40 runners Sept. 29 with a personal-record time of 24:40. One of her teammates, junior Kaylee Bracy, placed fifth with a time of 26:04.

The Windsor boys team placed fifth out of five teams, but Dukes senior Michael Scholz achieved a season-record time of 19:45 to finish fourth out of 40 runners. Windsor eighth-grader Ethan Brinkley-Sawyer was not too far behind Scholz.

Griffin has registered more than one individual first-place finish this season, and Bracy is usually not far behind her, Goetz said.

The coach added that Scholz consistently leads the boys team.

Explaining what has helped Griffin, Scholz and Bracy to stand out, Goetz said, “They’ve been with the program since it started, so they’re experienced runners. Kaylee and Chloe are just really good athletes. They’re just well-rounded athletes, and their experience, I think, helps them out a lot, so they know what to do, they know what to expect.”

Goetz said the Windsor boys team has not won a meet yet, but she added, “If our eighth-graders counted, then it could be a different story.”

“His times are just amazing,” she said.

“So, as an eighth-grader, if he can just keep working at it, I really feel like he can really be No. 1 in the future,” Goetz said.

The coach said the key to the successes the Windsor teams and individual runners have experienced this season has been consistent hard work at practice.

“Some of them have been there since Aug. 2, so that definitely pays off if they’ve been there from the beginning,” she said. “I think just spreading the word and getting more runners out and just giving me everything they have when they come to practice, that’s all I can ask, and I think we’ll do well.”

Windsor’s cross country teams will continue to compete throughout October, with regionals set for November.

“Another one of our goals for our program is to host a meet here, so I think that’s in the works,” Goetz said. “Hopefully, we’re going to be able to do that in October.”

Up next, Windsor will compete in a meet at Park View High School, in South Hill, on Oct. 4 and also in a meet at Richard Bland College on Oct. 6.