See into the past at Wakefield Community Day 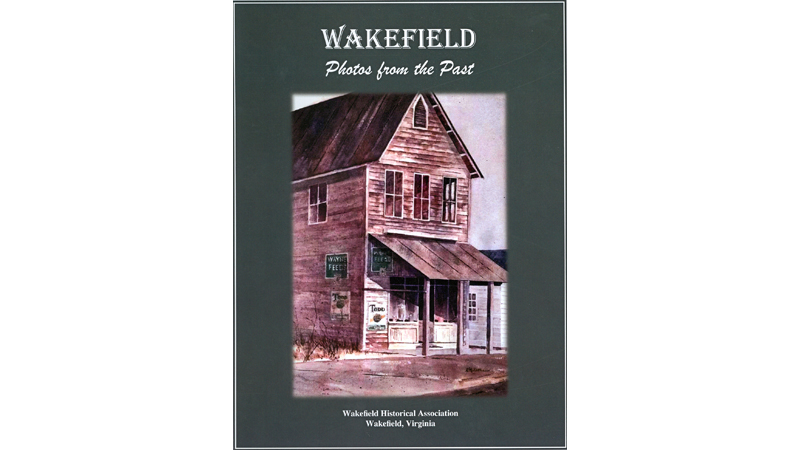 This is the cover of the latest book from the Wakefield Historical Association, “Wakefield - Photos from the Past.” Containing old photos of Wakefield along with historical town information, the book will be for sale at various businesses Oct. 9 during Wakefield Community Day. The cover photo shows Whitmore’s Store, a famous town landmark back in the day. (Submitted by Ralph Seeley)

The annual Wakefield Community Day on Saturday, Oct. 9, will feature a window into the town’s history courtesy of the Wakefield Historical Association, which, during the event, will be releasing its latest book titled “Wakefield – Photos from the Past.”

Ralph Seeley, a member of the association, noted that the book contains old photos of Wakefield along with historical information about the town.

He said the Wakefield Historical Association has had the photographs and accompanying information for years.

“Probably three-quarters of that book already existed,” he said. “Each page was a separate file in Word, and I just had to put them together into one book.”

It is a 68-page book, and Seeley said all but about three pages have a photo or photos on them.

He said some of the photos go back to probably around 1900.

“One page in there tells about the man that had the first camera in Wakefield somewhere around 1905,” Seeley said, noting that photos taken by this man, Gilbert T. Allen, are in the book.

Conveying the range of photos in the book in terms of when they were taken, Seeley added that about 10 of the photos are fairly recent, some of which he took, but most of them, showing historical buildings in town, are quite old.

“Most of them go back into the ’30s and ’40s, I guess, is probably the mid-range of a lot of the buildings that are in there, mostly on Railroad Avenue in Wakefield where all the business was back in the day,” he said.

He noted that what he enjoyed most about the assembly of this book was going back and revisiting the photographs and some of the town’s history.

Sharing aloud the introduction he wrote for the book, he said, “This book contains photographs that have been collected over the years by members of the Wakefield Historical Association. Many were taken by unknown photographers but were in the collections of Wakefield citizens.

“One photo of Railroad Avenue, which was the main commercial part of Wakefield back in the mid-1900s, has been (attributed) directly to Gilbert T. Allen, who is reported to have owned the first camera in Wakefield. It’s therefore likely that he took many of the early photographs around the turn of the century.”

Seeley’s introduction shared more names of photographers whose work appears in the book.

“Many photos included here are from Railroad Avenue, which was once a bustling area of town,” he read. “Some photos are accompanied by historical information and memories. This book is not intended to be a complete history of the area but is limited by the photos that were available to us.”

Gayle Lanier, a Wakefield Historical Association board member, shared places in town where “Wakefield – Photos from the Past” can be purchased: Jen’s Cut & Curl, Wakefield Farm Service, Wakefield Peanut Company, Adams’ Country Store and Peace of the Past. Copies will also be available in Ivor at Ivor Furniture Company.

Wakefield Community Day will run from 8 a.m.-3 p.m. on Oct. 9 at the Wakefield Foundation, located at 100 Wilson Ave. in Wakefield. There will be a parade at 10 a.m. and a yard sale running throughout the event where people can sell their unwanted treasures. A 10-by-10 foot space is available for a fee for those interested in selling — call 804-400-7799.

In addition to “Wakefield – Photos from the Past,” also available at the event will be previous Wakefield Historical Association books covering topics like local veterans, interesting people from the past and quilts and other fabric material collections in the hands of local people.