CAPRON – James David “Pete” Pope Jr., 75, passed away on Oct. 4, 2021 in his home surrounded by his family. He was predeceased by his parents, James D. Pope and Dorothy Jones Pope of Capron, his first wife, Kay N. Pope, his brother, Charles Ashby “Buddy” Pope and a brother-in-law, Bill Nurney. 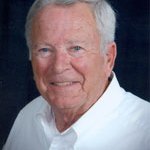 Mr. Pope was a graduate of Southampton High School, received his undergraduate degree from Florida Southern University and obtained his masters in education from Old Dominion University. He was a teacher and elementary principal in the Southampton County Public School System for 12 years before joining the Department of Corrections as an assistant principal and principal at several different correctional institutions before his retirement in 2008.

He was a member of the Capron United Methodist Church and the Capron Ruritan Club. Mr. Pope devoted his life to helping the youth in his community by serving as an assistant Boy Scout leader, baseball coach and secretary/treasurer for the Southampton/Sussex baseball league. He always stressed the importance of education and was always bothered that he had more money to spend on inmates than he ever had to spend on public school children.

Mr. Pope’s greatest achievement was 26 years of sobriety. He took pride in attending weekly AA meetings at the Franklin Baptist Church and dedicated his life to helping others that battled addiction. In lieu of flowers, the family asks that donations be made to Franklin Baptist Church AA Group, 208 N. High Street, Franklin, VA 23851 or the Capron Fire Department, P.O. Box 128, Capron, VA 23829. A graveside service will be held at 2 p.m. on Thursday, Oct. 7 at the Capron Cemetery with the Rev. Fred Brockhausen officiating.