FRANKLIN – Beverly Rogers Whitley, 85, passed away Oct. 20, 2020 in Southampton Memorial Hospital. Born on February 24, 1935 in Suffolk, she was a daughter of the late Rudolph and Sarah Leigh Scott Rogers. 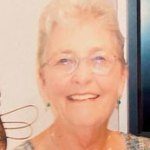 Beverly was a 1952 graduate of Franklin High School and attended Mary Washington for a year before transferring to Stuart Circle School of Nursing, where she earned her registered nurse degree. She worked at Columbia Hospital in Columbia, South Carolina for a year before moving to Chuckatuck. Beverly then worked for Obici Hospital for 10 years as a head nurse before becoming one of the instructors in the School of Practical Nursing where she worked for 29 years before retiring in 1995.

Beverly was a member and a trustee of Wesley Chapel United Methodist Church in Chuckatuck. She was the last living original founder and member of the Chuckatuck Bridge Club and was also a member of the Garden Club and Junto Women’s Club.