WAKEFIELD – William Bryant “Buddy” Savedge of Wakefield, died peacefully with his family on Monday, Sept. 20, 2021. He was a son of the late James Nicholas Savedge and Margaret Fay Bryant Savedge. Along with his parents, he is preceded in death by a brother, James Nicholas Savedge Jr. and a sister Catherine Savedge Schlesinger. 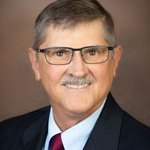 Buddy’s life was centered around his love and dedication to his family, friends and community. He graduated from Tidewater Academy in 1966 where he played basketball and baseball and was selected as an All-Conference player in both sports. He subsequently attended St. Christopher’s School for a post-graduate year, where he also was a member of the varsity baseball team before studying at the University of Richmond.

A lifelong resident of Wakefield, Buddy proudly served the community through his public service and involvement in many local organizations. Following in his father’s footsteps, he served as mayor of the Town of Wakefield and was also a member of both the Sussex County and Town of Wakefield Planning Commissions, where he led the development and adoption of the local zoning ordinance. He coached youth baseball, was an assistant scout master for the local Boy Scouts troop and also served as a volunteer firefighter. He remained very supportive of Tidewater Academy throughout his adult life and was named Alumni of the Year in 1995.

Buddy proudly served as a third-generation board member for the Bank of Sussex and Surry, as well as its successor, Atlantic Financial Corporation. He was also appointed served as a member of the local advisory board for BB&T Corporation. He was the president of the Board for Waverly Rescue Squad and was chairman of the Board of Trustees for Wakefield United Methodist Church where he was also a member.

Buddy spent his entire professional career in the insurance industry, serving as owner of Savedge Insurance Company, which subsequently merged with Manry Rawls Insurance Agency where he remained until his retirement in 2018. Buddy’s primary focus was on crop insurance and he loved the opportunity to meet with and support local area farmers. Throughout the 1980s he served on the National Association of Crop Insurance Agents.

In his later years, Buddy enjoyed spending time with his family and friends on the James River in Claremont, Virginia.

A graveside service will be held at 2 p.m. on Friday, Sept. 24 at Wakefield Cemetery, located behind Wakefield United Methodist Church, with the Rev. Glenn Riggs officiating. Following the service, there will be a reception held at the Wakefield Sportsmen’s Club. In lieu of flowers, the family requests donations be made to Tidewater Academy in Wakefield, Wakefield Volunteer Fire Department, Waverly Rescue Squad or Wakefield United Methodist Church. R.W. Baker & Co. Funeral Home, Wakefield Chapel, is serving the family. Condolences may be posted at RWBakerFH.com.