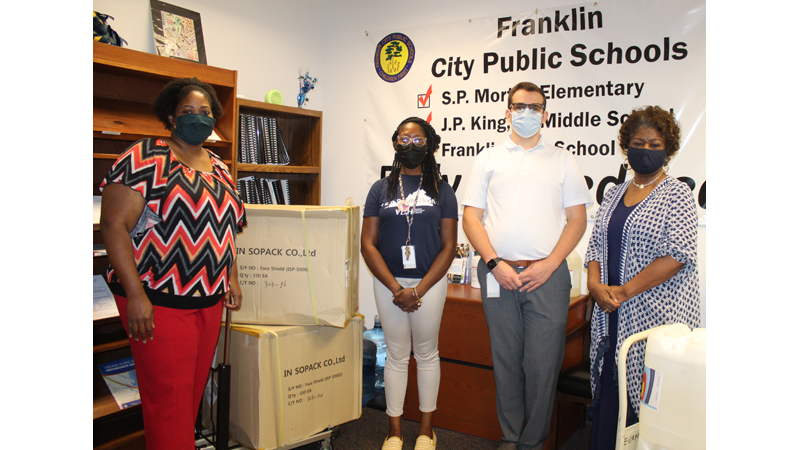 A school division press release continued by noting that these supplies will be distributed as needed throughout the three schools and central office.

They also made identical deliveries to the school districts in Southampton County, Isle of Wight County and the City of Suffolk.

Powell said that each local health district received an allotment of personal protective equipment  from its central office, the Virginia Department of Health, and from a federal stockpile to help  the local agency in responding to the COVID-19 pandemic.

She added that no fees were associated with the allotments, and FCPS did not have to write a  grant to obtain the supplies.

Powell continued, “Our health director, Dr. Todd Wagner, proposed we donate PPE items that  we had in excess to our community stakeholders. We thought the schools would be in need of  PPE and hand sanitizer with reopenings approaching, so we wanted to be good stewards to our  community.”

The release concluded by stating that if any of the school districts need more PPE later in the school year, the health department will do its best to help.