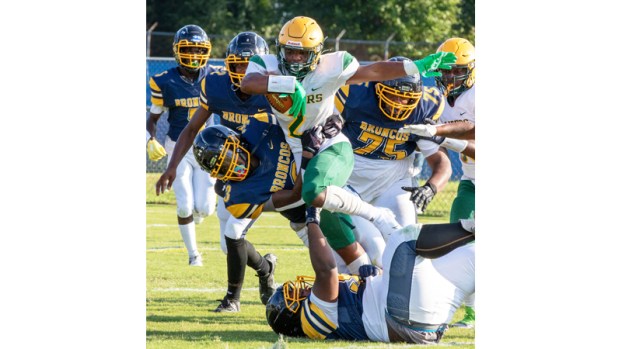 An Amelia Raiders runner is caught in a group tackle by a host of Franklin Broncos defenders. (Photo by Frank Davis) 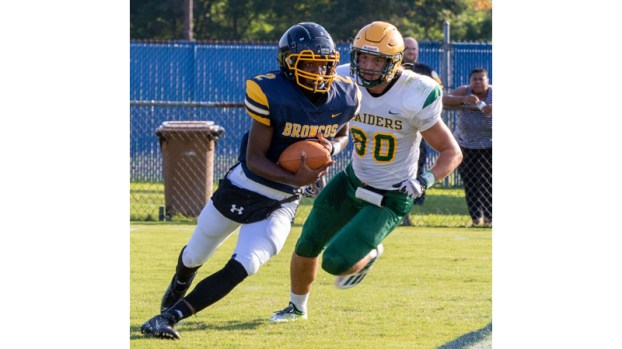 Broncos quarterback Kenaz Jones calls his own number for a run. (Photo by Frank Davis) 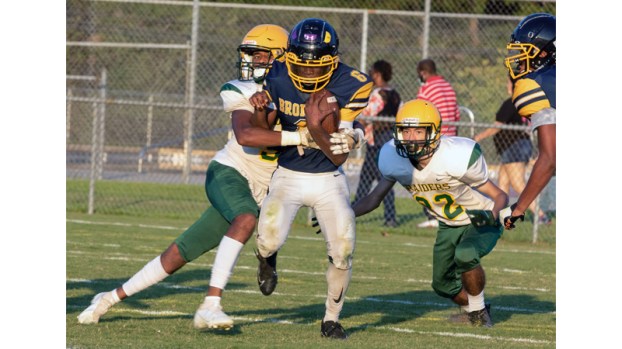 A Franklin Broncos running back tries to break free during a run. (Photo by Frank Davis) 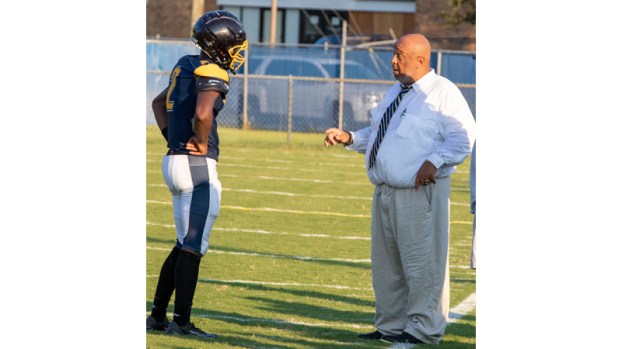 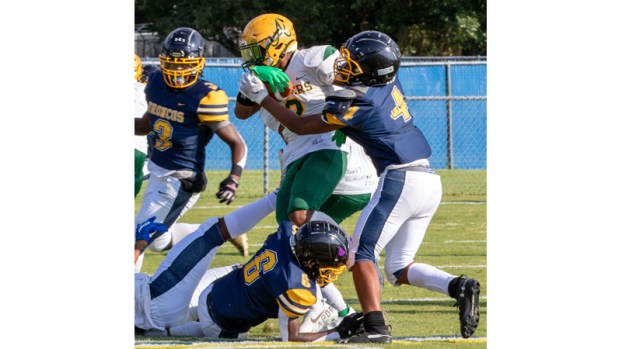 The Franklin Broncos defense, led by Xavier Perry, No. 4, makes a massive tackle of an Amelia Raiders runner Sept. 6. (Photo by Frank Davis) 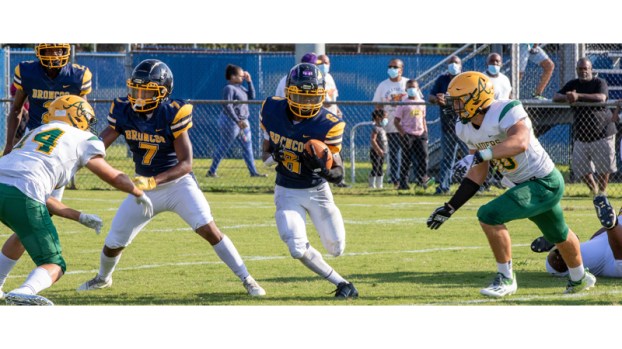 Franklin running back Derrick Perry finds an opening in the line on a run Sept. 6. (Photo by Frank Davis)

The Raiders took control of the game from the opening kickoff, as they led in scoring with a score of 16-0 by the end of the first half. As the game entered the final quarter of play, the Raiders were up 24-0. The Broncos’ only score came early in the fourth quarter as quarterback Kenaz Jones connected on a touchdown pass to Kaden Bailey. The two-point conversion was good with a pass to Derrick Perry.

Griffin, in comments after the game, said, “It is not the best, and you are never happy to come into a situation where you lose your first game. We got a lot of young players, and we have some things that we have to work on. We are trying to protect our quarterback, Kenaz Jones. This will take some time; we are a work in progress. We are blessed, and we are going to try to do everything better and make the Franklin community proud of our team.”