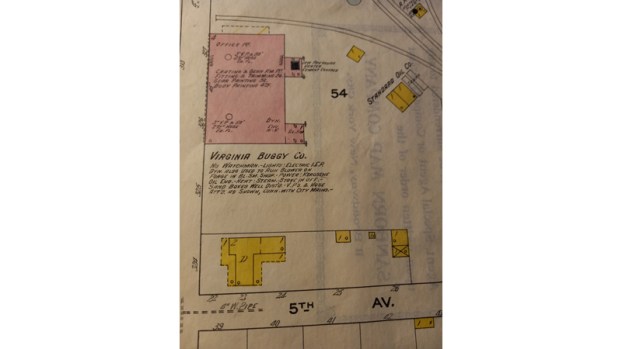 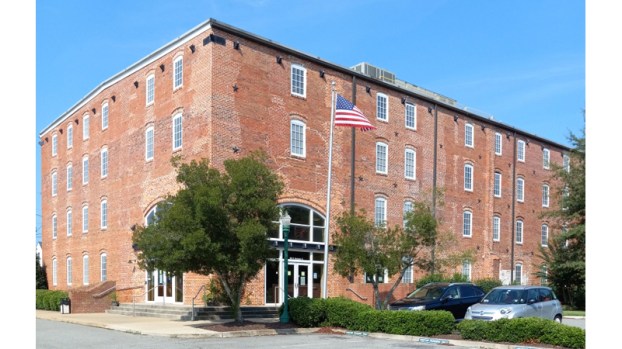 A three-story brick building, 40-by-100 feet, was erected — and was encompassed in an area bordered by East Second Avenue, Mechanic Street and East First Avenue. The output for that first year was 640 vehicles. (Photo submitted by Clyde Parker) 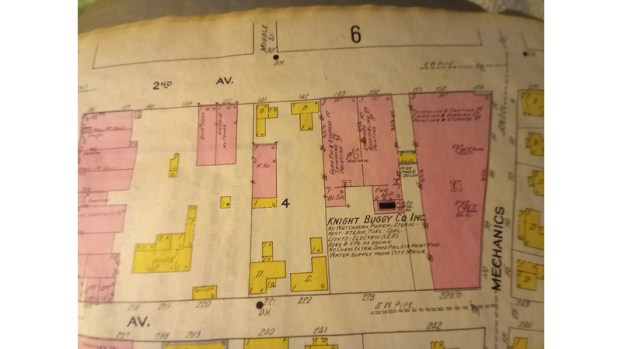 During the early part of the 20th century, Camp Manufacturing Co., Albemarle Steam Navigation Co. and several Franklin peanut companies were the major contributors to Franklin’s economic development. However, two other Franklin-based companies also brought about significant commerce to the town.

A three-story brick building, 40 by 100 feet, was erected — and was encompassed in an area bordered by East Second Avenue, Mechanic Street and East First Avenue. The output for that first year was 640 vehicles.

At that time, Knight was also owner of Knight Drug Co. In 1904, he sold part of his interest in the drugstore to George H. Parker, his business partner. Then, Knight and B. E. Parker bought a majority interest in the buggy factory.

In 1906, increased business necessitated expansion of the factory; a structure of equal size as the first building was erected thereby doubling the company’s capacity.

In 1908, Mr. B. E. Parker retired from the business and Mr. Knight bought Mr. Parker’s entire interest. Then, Mr. Knight owned 85% of the Parker Buggy Corp. stock. Soon after, the name of the company was changed to Knight Buggy Co.

In 1910, an addition to the plant — three stories high and 93 feet by 210 feet — was completed which gave the factory frontage of 193 feet on Second Avenue. Floor space increased to two and one quarter acres, larger and more efficient than any other factory in the south. A rail siding was put in which connected the plant from its middle section to the Seaboard Railroad.

Three thousand vehicles were produced during the 1910-1911 time period. At the start of the following year, officials were fully expecting, without exaggeration, its 6,000-vehicle yearly capacity to be reached. Distribution was in the following states: Virginia, North Carolina, South Carolina, Georgia, Alabama, Florida, Maryland, Delaware, Pennsylvania and New Jersey.

Knight Buggy Co. continued in operation until 1916 when the increasing use of automobiles led Mr. Knight to change over to a manufacturing plant for screen windows and doors. He renamed the company Knight Screen Co. In 1917, due to his declining health, Mr. Knight retired and sold the business to Continental Screen Co., a northern concern, which, in 1918, left town.

Later use of the buildings included occupancy by various elements of the W. T. Pace hardware business. Still later, the buildings were demolished as part of the Franklin Redevelopment and Housing Authority downtown redevelopment program. Hardee’s and the former Belk building now occupy part of the property that the buggy factory once occupied.

The manufacturing building, a massive four-story structure, was erected in the block bordered by Mechanic Street, Jackson Street, Middle Street and Fifth Avenue. To facility distribution, a rail siding connected the factory to the nearby Southern Railroad.

An article in the Friday, April 22, 1910, edition of The Tidewater News, editorially, pointed to the fact that the establishment of this new industry, along with preexisting industry, meant much for the growth of the Town of Franklin, and was another step forward in making the place a major manufacturing center.

John Abbitt was not deterred in establishing his own buggy company. Although he offered a wider variety of vehicles than the Knight company, his production capacity was much less. Still, he had a decent share of the buggy market.

As with the Knight Buggy Co., the Virginia Buggy Co., starting in the mid-teens of the 20th century, was experiencing significant downturn in business due to rapidly developing automobile markets. Eventually, around 1917, the buggy factory closed. Then, for a period of time, following the lead of Knight Buggy Corp., the Virginia Buggy Co. factory was used to manufacture screen doors and windows; but, soon, the company relocated to Suffolk.

Several years ago, two of the buggies manufactured by the Virginia Buggy Co. were returned to     Franklin – one is now on display in the lobby of the Franklin Business Center. The other one is privately owned.