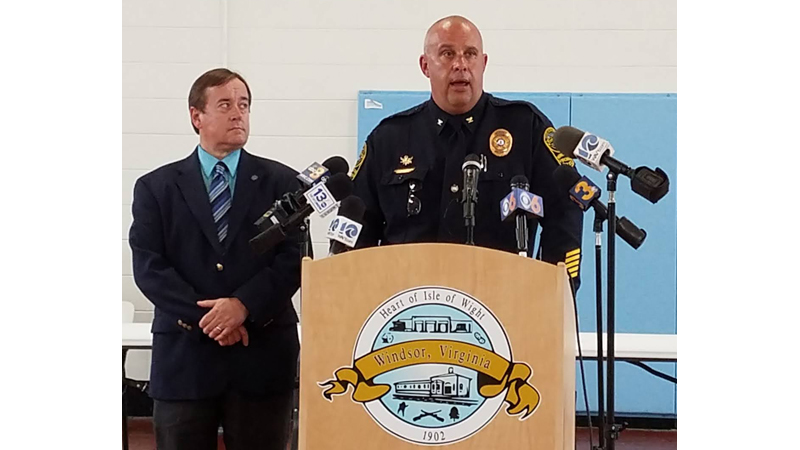 The Windsor Town Council voted unanimously Aug. 10 to approve the financing for two new police vehicles, which have already been delivered.

In a memo to the mayor and Town Council, Windsor Town Manager William Saunders shared details on the acquisition of the vehicles through a lease-purchase agreement.

“As has been recent practice, lease-purchase agreements have been utilized in order to acquire multiple police vehicles in a single year, while spreading the cost over multiple years,” he stated. “In this case, $45,000 has been allocated in the Capital Improvement Plan for police vehicles for (fiscal year 2022) and an additional $45,000 for FY23.”

He indicated that the lease-purchase agreement would enable the immediate acquisition of two vehicles, while paying up to $45,000 for each of the next two budget years.

Saunders shared at the Aug. 10 council meeting that the two vehicles are Ford Police Interceptor Utility vehicles, which he said are effectively Ford Explorers.

The estimated combined cost of the two improved vehicles is $87,686, he wrote in the memo, adding that Virginia Municipal League/Virginia Association of Counties Finance fees and bank loan interest will add to this cost but should be more than compensated by the sale of the older vehicles.

He noted that VML/VACo Finance conducted a competitive request for proposal to acquire an appropriate lending institution to be a party to the acquisition.

He told council members the results of the RFP came in Aug. 5.

“BB&T, which is now Truist Bank, was the winning lender, and I do recommend adoption of the resolution for financing of these vehicles,” Saunders said.

He had placed at each council member’s seat in the council chambers the updated proposal from VML/VACo Finance and the resolution for the lease-purchase agreement.

Council member George Stubbs asked, “When these vehicles come, are they completely fitted out?”

He noted the town has done this previously as well.

Council member Walter Bernacki asked when the anticipated delivery date of the vehicles was, and that was when Windsor Police Chief R.D. “Dan” Riddle mentioned they had already been delivered, and Saunders explained what led up to the delivery.

“They weren’t purchased,” he said. “Actually, we put in a (purchase order) with the dealership just so they would be on hold while we went through the process, and they delivered them the next day. So if this falls through, we’ll deliver them back.”

Saunders said town staff did not expect the vehicles to be delivered when they had just put a purchase order on them.

“But as hard as vehicles are to obtain right now, we didn’t argue with that,” he said.

Bernacki asked if the town went out to bid on these vehicles due to their cost.

“It’s a state contract price,” Riddle said. “There’s no legal means to go out for any competitive bidding.”

Bernacki asked if the town checked alternatives just to see if it could get any better price.

“Again, it’s a vehicle availability issue,” he continued. “Unfortunately, I’ve got to have cars now. I have cars that are not serviceable anymore, and not being able to place an order ’til October, November with delivery dates into next year — maybe as late as May — doesn’t work.”

Stubbs made the motion to adopt the resolution, and Bernacki seconded it.