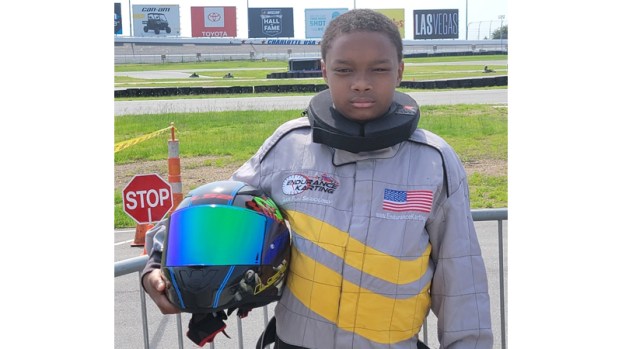 Because of his ability and consistently growing speed, Sherod Charity was invited to the last two races of the RVA Karting-sponsored indoor racing league when he was only 11. The league had 22 racers, with an average age of around 31 years old. (Photo submitted by Alfred S. Charity) 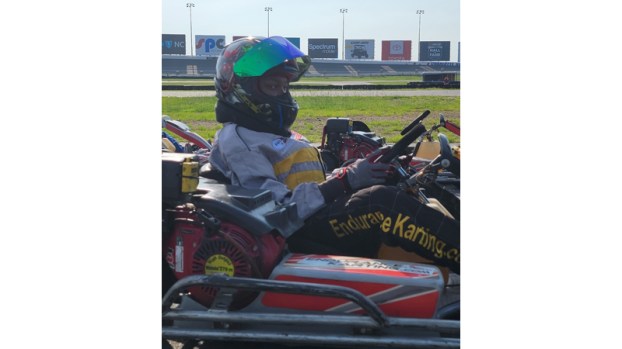 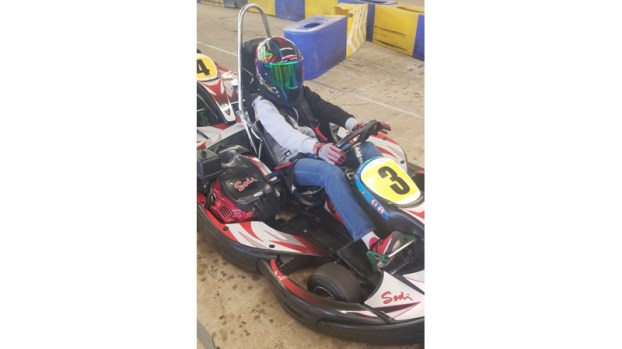 Sherod Charity, who is 12 years old, is a prodigy who has proven he can hold his own among adult racers in the world of karting. (Photo submitted by Alfred S. Charity) 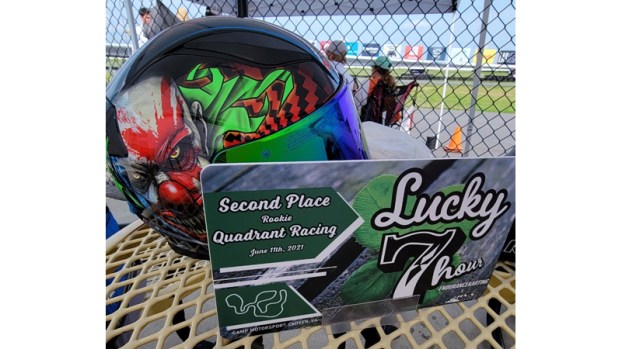 This sign denotes another one of Sherod Charity’s high finishes in karting. He competed in an indoor season at LeMans Karting, sponsored by RVA Karting, and after participating in all the races, he finished in second place at the end of the season out of 24 adults. (Photo submitted by Alfred S. Charity)

In the summer of 2018, 9-year-old Sherod Charity got his first taste of karting at an indoor racing center, K1 Speed, in Orlando, Florida.

He didn’t do so well in the first three races, and it didn’t sit well with him. He asked to go again, and he did a little better that time, but he wanted more.

Summer was coming to an end, time to go back to school, and karting went on the shelf until the

I was learning a new job, as well as coaching field hockey, track and officiating high school basketball in two states and college basketball for the Mid-Eastern Athletic Conference. His mother, Celeste, was working for the Virginia Department of Corrections, so Sherod continued to play soccer at the YMCA. We did not know about any local indoor karting businesses.

The family took a vacation in Myrtle Beach, South Carolina, in the summer of 2019, and we went karting again, but the karts were not fast enough for Sherod’s liking.

Once back home we found LeMans Karting in Portsmouth, owned and operated by Rick Gann. Sherod was quick around the track, which caught the eye of the owner, and he allowed him to race on the pro track.

With some coaching from Mr. Gann, Sherod qualified to race the mega course and the super karts, which are the fastest karts LeMans has.

Going to Portsmouth to race twice a month became a regular event for the family.

One Saturday, Tommy Jeter, the leader of RVA Karting in Richmond, and Steve Kenny raced with Sherod on the pro and mega tracks. Both individuals have more than 25 years of karting experience and took an interest in helping Sherod get faster around the track configurations.

Each session Sherod got quicker until he was invited to the last two races of the RVA Karting-sponsored indoor racing league. The league had 22 racers, with an average age of around 31 years old, and Sherod was only 11.

In his first race he finished in the bottom third of the group. He stated he was nervous but happy to be racing. Most racers came by and offered words of encouragement, while some were cold

as ice towards him. By the way, those were the ones he beat.

Enter Desmond Blount. He invited Sherod to race in his league at LeMans every other Tuesday starting in January. Sherod happily accepted the invitation to race.

The racers had to weigh a minimum of 200 pounds, so 90 pounds of weight had to be added to his kart for each race. The races included qualifying, short sprint races and one-hour endurance races with pit stops. Twenty-three racers competed in eight races over four months in the league. Sherod finished in fifth place overall in the adult league.

He also competed in another indoor season at LeMans Karting, sponsored by RVA Karting. The league was run on Saturday mornings, and Tommy was the coordinator. The same weight requirement was enforced, and Sherod competed in all the races. At the end of the

Second place out of 24 adults was great, and he was congratulated by all of his fellow racers. One of those racers was David Knettles, a state champion oval dirt racer. He invited Sherod to come and watch him race in Elizabeth City, North Carolina.

The races were very intense and exciting. Sherod even got a chance to scrub in a set of tires on the track. He got up to speed quickly after a few spins off the track.

Desmond, Tommy and Steve invited Sherod to sign up for endurance karting sponsored by Endurance Karting. Sherod has competed in six- to eight-hour events as a part of three/four-person teams at Virginia International Raceway, Camp Motorsport and Charlotte International Raceway.

Each race had its challenges, from rain, equipment malfunctions, heat and fatigue. His teams have finished as high as second place during these events, and he is the only preteen at the event with the exception of the Charlotte race, where it was three 12-year-olds and an adult competing in an eight-hour endurance race.

Sherod’s next races are at Virginia International Raceway Aug. 14 and in West Virginia on Oct. 9.

Once your child finds something they are interested in, support them as best you can and don’t be afraid to ask for assistance from someone who may know more than you. Whatever happens, he will enjoy these times, and if it leads to a higher level of racing, that is fine. If not, that’s fine also. He can do this hobby for the rest of his life.