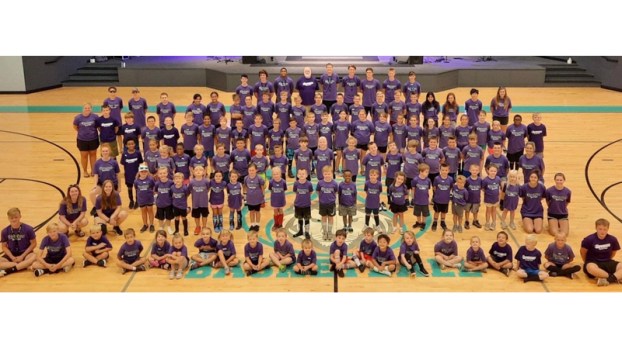 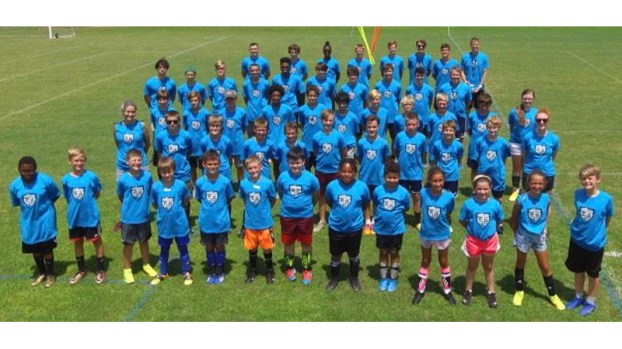 Rock Church Franklin hosted its annual soccer camps in July, and they were a huge success.

A church news release noted that Pastor Danny Dillon, who was camp director, headed into his 12th year and was blown away as close to 100 campers and 21 volunteers came to the Super Kids Soccer Camp. This was the biggest camp in church history. The church prepared for huge numbers, with two full fields and three small fields for campers ages 4-12.

During the camp the kids learned to pass, dribble and score with their team. In the midst of soccer and learning those skills, they learned dances, memorized Scripture and learned about different Bible characters. One of the stories was about Jesus and how He loved us so much that He died for our sins on the cross. Through that story, 33 kids gave their hearts to Jesus. It was a great camp to attend for soccer lovers, because they learned about the game of soccer and about Jesus simultaneously.

The Elite 58 Soccer Camp entered its 11th year and hosted 50 campers from ages 7-17, with 10 volunteers/coaches. Coach Dillon was accompanied by the head coach of the Southampton Academy Raiders, Jamie Weist. Both local coaches have run this elite camp for the last 11 years. The camp also had two former high school players from Rock Church School and Southampton High School; both also played on the U19 Franklin Fire team.

Jack Dillon and Caleb Blythe worked with the younger age groups. The purpose of this camp was to train up athletes and help fine tune skills they had and skills they have been working on. The campers were able to help each other out by challenging one another as players. Some of the players who attended are now in the Franklin Fire travel league.

Church officials stated in the release that they cannot say thank you enough to those who came out to participate, as well as the helpers who took their week off of work or other obligations to pour into these kids’ lives. Officials also thanked Cover 3 Foundation for providing a healthy snack and beverage.

“We look forward to continuing to make soccer a part of our culture here in Franklin,” officials said in the release.