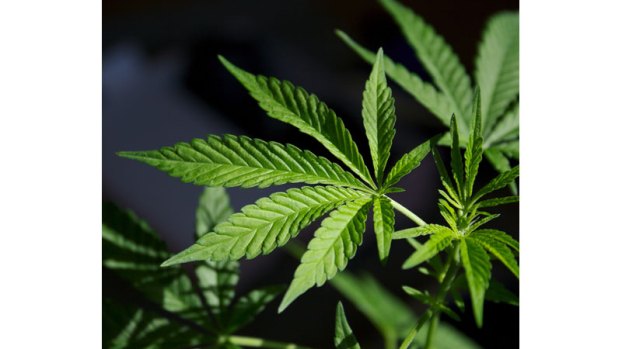 House Bill 2312, which has passed in Virginia, allows localities like Windsor the option to have retail marijuana stores starting in 2024 or to call for a referendum that could prohibit them. The Windsor Town Council discussed the matter at its July 13 meeting. (Photo courtesy) 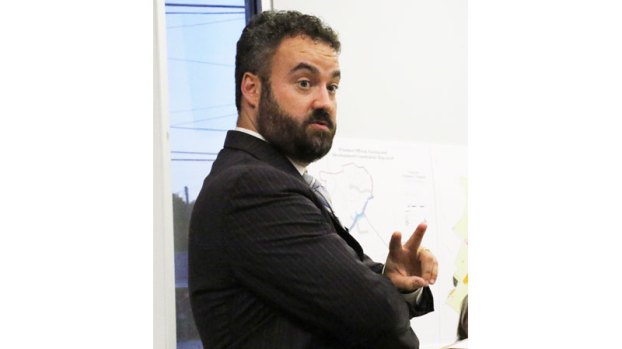 Windsor Town Attorney Fred Taylor answers questions from the Windsor Town Council on July 13 with regard to the issue of allowing retail marijuana stores in the town or calling for a referendum on the issue. (Photo by Titus Mohler)

Retail marijuana stores will not be allowed in Virginia until 2024, but Windsor Town Manager William Saunders made the Town Council aware, at its July 13 meeting, of important details on the subject, including laws pertaining to the stores and also the process involved to prohibit them in Windsor.

In a memo to Windsor Mayor Glyn T. Willis and the Town Council, Saunders noted that legislation has passed in Virginia — House Bill 2312 — that will allow the sale of marijuana in retail stores. If localities want to prohibit these stores, they must actively opt out.

Saunders listed the major points regarding retail marijuana stores in the commonwealth, which he elaborated on further during the council meeting.

“There’s no type of resolution or anything required to allow them,” he said after noting that only the approval by ordinance is required.

“This would only go into effect on Jan. 1, 2024, if they were to reenact the rest of the bill as it currently stands,” Saunders said.

“So let’s say there is a referendum to opt out — no marijuana stores are allowed,” Saunders said. “In four more years, another referendum could be held if you wanted to see what the results were then.”

“So let’s say the county had a referendum and the town wanted to have one within four years,” Saunders said. In this case, “that four-year requirement is only on the county. It’s not on us because we’re not bound to that. We can have our own separate referendum in the town.”

“So it would be much like the meals tax is in town currently where you take it and put 6% on top of the sales tax for sales within the town limits,” Saunders said.

Also provided by Saunders in the board meeting packet were excerpts from relevant sections of HB 2312 on retail marijuana stores, which led to council member Walter Bernacki’s question for Town Attorney Fred Taylor.

“It’s kind of funny how the law contradicts itself,” Bernacki said, noting it says towns cannot adopt any ordinance or resolution that regulates or prohibits the sale and wholesale distribution of marijuana, but then in another part, it says towns can have a referendum.

“The short answer is you can,” Taylor said. “To be quite honest, the bill was thrown together, compromised, batted about between the two houses — the House and the Senate in the General Assembly. And then there were a number of line items, as I recall, from the governor, and it went back.

“And I expect, and I’m sure William would agree, we may even see some tweaks to this in the next session of the General Assembly,” Taylor continued. “But the short answer is, the regulation from our level is only that which they have granted, which is you can either allow it or you can have a referendum on it.”

Willis offered his personal opinion on how the council should handle the decision to either allow retail marijuana stores or have a referendum.

“I think this is something reasonable that we maybe consider using a referendum on to get some feedback from citizens,” he said. “They might have a voice, and it’d be good to be recognizing their voice in that, considering this is one of the few situations where we can use a referendum for that.”

Taylor said, “As well as I understand it — William can correct me if he doesn’t understand it this way — we fall in the unique position of let’s say both the town and the county held a referendum, the town could prohibit it, while at the same time the county could allow it. However, as I understood, if it’s prohibited in the county, I think that applies to us. Am I right?”

“And that may be something the legislature has to work out, but the way I read it now, it seems it would imply that,” Taylor said.

He indicated that retail marijuana stores have a Cannabis Control Authority that has been put in place to regulate them, as of July 1.

Saunders reiterated that these retail marijuana stores will not be allowed until Jan. 1, 2024, the way the legislation is currently written.

“There are medical marijuana dispensaries, but they’re specifically not referring to these as dispensaries,” he said, referencing the authors of HB 2312. “They’re calling them retail marijuana stores for recreation.”

Taylor confirmed that the referendums on this matter would be binding, meaning elected officials would have to act in accordance with the results.

“The way (the law is) written, as I understand it, let’s say you have a store that had started and then later there’s a referendum that triggers in,” Taylor said, referencing a referendum in which the public votes to prohibit the retail marijuana stores. “There’s some language in here that indicates there’s a sort of a grace period by which that store would have to cease operations.”

He expressed appreciation to Saunders for keeping tabs on Isle of Wight County’s progress in regard to the retail marijuana stores issue, noting the county could offer a pattern for Windsor to follow.

Taylor also stated that if the county opted for a referendum on the matter, it would make sense for the town to arrange for its own referendum to be at the same time.

Bentley Richardson, of Windsor, spoke during the public comments portion of the Town Council’s July 13 meeting. He shared his opposition to marijuana use, citing negative impacts particularly to children ages 10-18, and he cautioned against putting marijuana stores in Windsor.