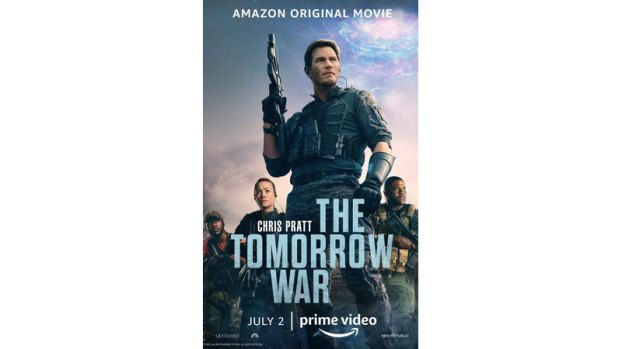 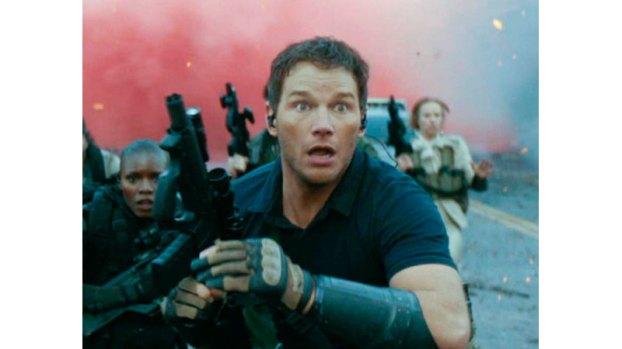 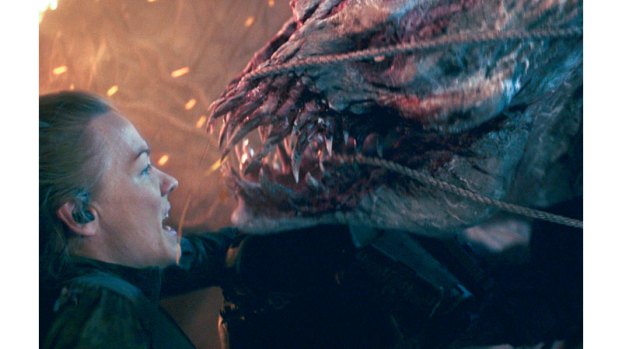 Is it really a summer weekend if we aren’t watching a blockbuster film about the world’s militaries preventing an alien invasion? Except instead of “Independence Day,” this time we get to enjoy the time traveling, action-thriller “The Tomorrow War.” This film delivers blockbuster entertainment that, along with “F9,” is ushering in a summer of big ticket movies. But unlike “F9,” “The Tomorrow War” is available from the comfort of your couch; all you need is an Amazon Prime account and the courage to encounter some of the scariest-looking aliens I have ever seen on-screen.

Dan Forester (Chris Pratt) is a smart, lovable family man, who used his GI Bill from serving in the military to fund a college degree, with the ultimate goal of becoming a scientific researcher. But as much as Dan tries to find a job in his field, he lacks the work experience required to make him a competitive candidate. Unfulfilled with his prospects, Dan bides his time as a high-school science teacher. That is, until time travelers from 2051 arrive at the World Cup championship, asking the world to send recruits to the future to fight an alien invasion that has the possibility of causing the end of the human race.

Militaries around the world begin recruiting, drafting and training citizens to travel 30 years into the future to fight thousands of gnarly aliens that only care about one thing: food. Although Dan is initially hesitant to answer his draft call, he does not want to turn to a life on the lam with his wife (Betty Gilpin) and daughter (Ryan Kiera Armstrong). And hey, he was once a talented, experienced special operations soldier, so maybe if he can help save the world, it will give him the job satisfaction he has been craving. But once Dan gets to the training center and sees the lack of experience from his fellow recruits, coupled with the horrifying capabilities of his alien adversaries, he realizes he might have bitten off more than he can chew and will be lucky to get home in one piece.

Screenwriter Zach Dean is smart in that he ensures “The Tomorrow War” never gets too complicated with the machinations of time travel. The film does spend a little time explaining away some anticipated plot holes about the general rules of the world, but avoids getting hung up in specifics. Without giving too much away, one particular rule of why the recruits are chosen for the draft is a nice, surprising touch. Additionally, I appreciate that the film spends time showing the effects of the future invasion on the present-day population, who are left dejected, unmotivated and anticipating their potential demise in 30 years. The film also shows the effects of the deployments on returning soldiers, including injuries and PTSD.

What “The Tomorrow War” really has going for it is heart. And I think this is an element Chris Pratt does a great job of bringing to all of his films. But it was really Yvonne Strahovski who was the heart of the movie for me. She is one of my favorite actors working today and I was so happy to see her in a meaty role that requires as many heroic action scenes as it does emotional ones. I did not think I would tear up in a movie about blowing up aliens, but some of the scenes between her and Chris Pratt were gut-wrenching in the best sense of the word. She is just that good. I could watch a whole spin-off movie with her character and the battles she fought leading up to 2051.

While “The Tomorrow War” is not tackling a ton of new ground, and certainly is not at the level of a movie like “Live, Die, Repeat,” it is a really fun watch with incredible heart, and some really creepy aliens to boot. Plus, as I said above, it is streaming on Amazon Prime as you read this, so strap in and add some alien annihilation to your weekend.

LAUREN BRADSHAW grew up in Courtland, graduated from Southampton Academy and doubled-majored in foreign affairs and history at the University of Virginia. She lives in the Washington, D.C., area and can be reached at flickchickdc@gmail.com.