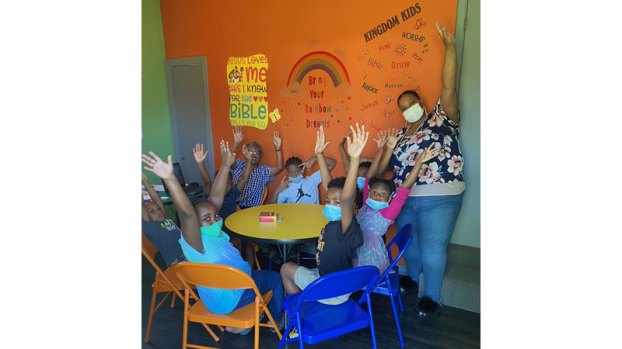 Children and their teachers pose for a photo at the Kidz Corner, which is a part of New Life Church in Franklin that Senior Pastor Dr. Eric Majette helped create in order to offer a place for children to go and be ministered to. (Photo submitted by Eric Majette) 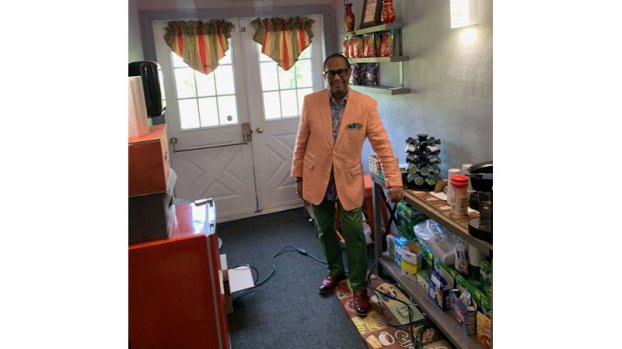 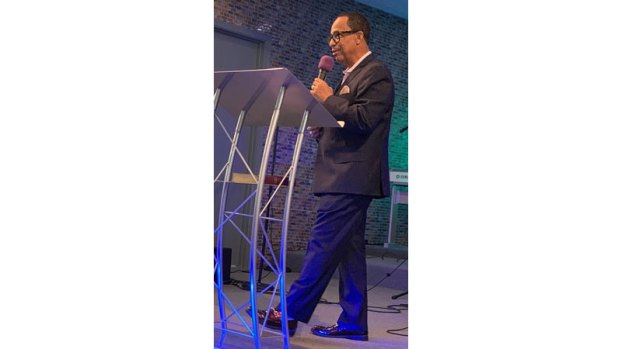 Dr. Eric Majette speaks at New Life Church in Franklin. He returned to Franklin in February 2020 to be senior pastor of New Life, where he received mentorship from its founding pastor, Bishop William Saunders. (Photo submitted by Eric Majette) 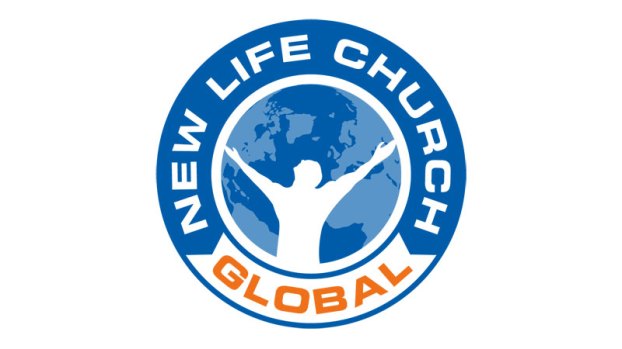 This is the logo for New Life Church in Franklin, where Senior Pastor Dr. Eric Majette is helping to make the church more engaged in the community. (Graphic submitted by Eric Majette)

The late Bishop William Saunders founded New Life Church in Franklin in a spirit of innovative ministry that one of his proteges, Dr. Eric Majette, is keeping alive and carrying on as the church’s newest senior pastor.

“My mission for the church is to get the church more engaged in the community and to collaborate with other organizations to help build resources in the marketplace, to also bring marketplace ministries to the forefront of (the) region,” Majette said.

Majette makes clear he wants the church to impact more than just the people in it but also the community and region at large.

“I’m more of a marketplace minister, which means that I push beyond the four walls of the traditional church,” he said.

He accepted the role of senior pastor at New Life in February 2020, but some of the innovative work he has been doing since then is only now becoming apparent as the COVID-19 pandemic recedes and more in-person gatherings are able to occur.

For Majette, taking over the pastorate at New Life marked his return to the city where he spent his formative years.

“I haven’t lived in Franklin since 1980,” he said. “I came out of Franklin High School in 1980 and now find myself back at New Life Church.”

It was at the church where he was mentored for years by Saunders.

“The late Bishop Saunders taught me a lot as a young man, even about business, and I think a part of my success was because of his mentorship over the years,” Majette said.

Majette has experienced a great deal of success both in business and in ministry.

He obtained his bachelor’s degree in marketing from Norfolk State University in 1985 and later received his Master of Divinity degree from Virginia University of Lynchburg (VUL) in 2009. In 2014, he received an honorary doctorate of ministry from VUL.

As is noted in his biographical information at NewLifeChurchGlobal.org, Majette rose to the top of the corporate level as a senior sales executive at several Fortune 500 companies, including Verizon Business and Xerox.

He noted he currently owns a major real estate company.

Majette also now has significant experience in ministry. His bio notes he has previous ministry experience as the founder and senior pastor of the former Guiding Light Church International. He has served as the pastor of marketplace ministry for Cross Walks Church in Virginia Beach; as an instructor for the T.D. Jakes School of Leadership; and as a contract instructor for Regent University. He has launched and led several marketplace faith-based initiatives that were both local and national. He has appeared on national TV for ministry purposes, and he is the founder of the Christian Business Chamber and previously served as president.

“I have a national platform,” Majette said, currently holding the titles of corporate executive, marketplace ambassador, pastor/minister, entrepreneur, consultant and educator. “God really blessed me from a corporate level, with the business, and the business and the ministry connected.”

It was in 2019 that some of the first steps leading to his return to Franklin were taken.

He noted that his father passed away, and he returned for the funeral and was reunited with Bishop Sherry Hall, Saunders’ wife, who had taken over as pastor of New Life Church.

He said she indicated she needed help at the church, but the discussion was not about him becoming the senior pastor.

“I told her that I would give her some advice and come talk to the elders, and one thing led from one to the other, to the other,” he said, noting that God started moving, and then he accepted the assignment in February 2020.

A month later the pandemic hit, and Majette suddenly had some key changes he needed to put in place immediately.

“I had to quickly put the church in a place to still have services, because we had no website and nothing built when I took it over,” he said. “So I have a creative team, I have a whole team of supporters that work with me, so we built brand new websites so we could do online services, Zoom services.”

He said he and supporters reinvented the whole church.

During the pandemic, Majette spearheaded a significant renovation of the church’s building, which is located at 1101 Johnson Circle. This work involved putting in a new sound and light system and a new platform and pulpit.

“We also built a coffee shop inside of the church, so now you can have a coffee shop as well as a gift shop,” he said. “We also created what we call Kidz Corner, a place for children to go and be ministered to.”

He noted the church looked very traditional before the renovations, which were completed in December.

The church is also getting ready to open a pop-up, drive-in movie theater.

“That’s going to open up sometime like August, and you’ll be able to drive up and watch a movie,” Majette said. “This initially is going to be at the location of the church.”

These are aspects of Phase 1 of the work Majette is doing with New Life Church.

He noted that Phase 2 is going to involve a continued expansion of the ministry. He said the church now has a business arm that has been created called New Life Global Ventures LLC.

“We’re going to be doing concerts, outdoor concerts, outdoor events, partnering with other organizations throughout the region to bring resources and opportunities to the community,” he said, adding that he is already connected with police departments and elected officials in the Hampton Roads area that will be important to making these events happen.

He has had conversations with Franklin’s police chief and mayor, talking about how he can use his sphere of influence to help them.

“So I’m bringing something to the region that I feel that there’s a tremendous amount of need (for) — not just church,” he said. “This is more about building lives, and if I build the lives of the people, the people will build the church.”

He said New Life Church will be the backbone to the Riverfront Soul Festival, which will be held Sept. 25 at Barrett’s Landing Park. Running from 1-7 p.m., the event will feature comedy and music, including gospel, jazz and Christian rap.

“And I’ve got vendors and sponsors that are going to be supporting it in that region,” Majette said.

The festival is free, and the whole community is invited, he said.

“I’m looking for diversity,” he said. “The purpose of the event is to bring the community together regardless of race or color.”

He indicated he hopes the festival will bring nonprofits, churches and businesses together to encourage people and one another, particularly in light of those who have lost loved ones during the pandemic.

Bishop Hall, who served as senior pastor at New Life Church from 2007-20, said she feels like God is working through Majette.

“He’s an excellent pastor, excellent in the Word,” she said. “He knows how to reach the people. He’s very sensitive to the needs of not only the church people but also to the community, and he’s tying in the church, as far as the spiritual part, along with the marketplace being the community.”

Larry Rose, who has been attending New Life for about 30 years, praised Majette for his transparency and his preaching technique.

“Overall, he has brought a lot, and he has a whole lot of potential to do even more,” Rose said.

Assisting Majette in his efforts has been Faith Bridges, the daughter of the late Bishop Saunders. Noticing the similarities between the two men and their ministries, Bridges said she tells Majette all the time that she feels like she is back working with her dad again.

“It’s a good thing,” she said. “What he’s come in with is just the continuation of the mission and the purpose of the church, the vision of the church that was there 20, 30, 40 years ago under Bishop Saunders. The vision that he brought in was one of the church being a holistic ministry, one that would minister to the total man. And Dr. Majette, he has updated and modernized that, I’d say.”