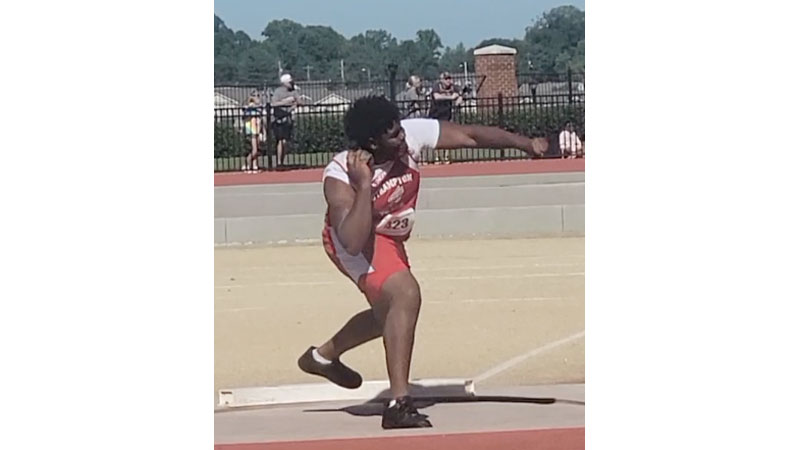 Southampton High School junior Dequan Boone competes in the boys shot put, an event in which he finished as 2021 Region 3A champion. (Submitted by Alfred Charity)

He finished 10th in the state in both the shot put and discus throw with a personal record in the shot put of 42 feet, 7 inches. He was inched out of a finals spot by 3/4 of an inch.

Greene just missed qualifying for the state meet by a tenth of a second. She ended up in fifth place for the girls 100 dash. Boyd finished 11th in the region in the boys 400 dash, and the boys 4-by-100 relay team finished seventh in the region.

Charity noted that the team thanks the parents and the division/high school administration for the continued support of the Southampton Indians track and field program.