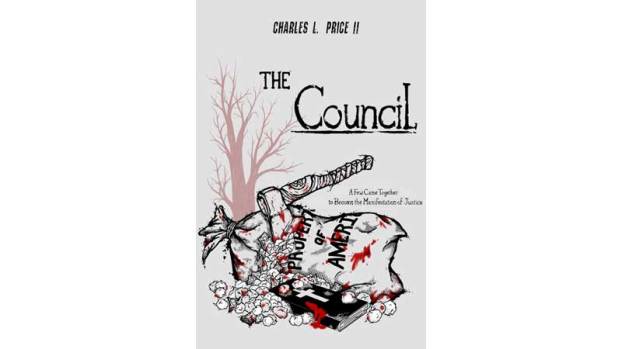 Pictured is the front cover of Charles Price’s book, “The Council: A Few Came Together to Become the Manifestation of Justice.” It is a historical fiction novel that is the product of six months of research by Price in which he dove into the history centered around Nat Turner's insurrection, the political angst and the community unrest. (Submitted by Charles Price) 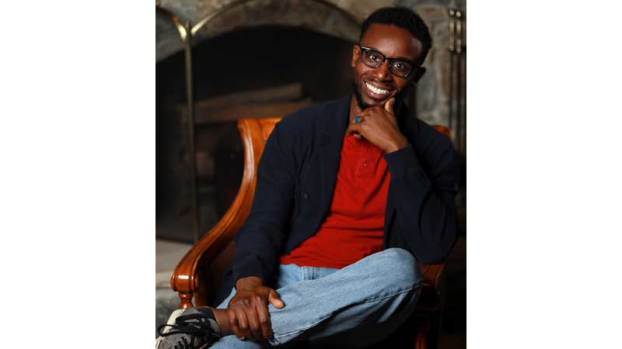 Charles Price, of Manassas, had never written a book before, but in light of the growing racial divide in the U.S., he felt compelled to do so.

He has written a researched, historical fiction novel that is centered around Nathanial “Nat” Turner’s insurrection in Virginia, depicting what impact this event would have had on America if its outcome had been different.

Turner, who was born in Southampton County in 1800, was an enslaved man who led a rebellion of enslaved people on Aug. 21, 1831, as noted on History.com. Ultimately, though, Turner was captured, convicted and hanged at Jerusalem in Virginia that same year, along with 16 of his followers, and a new wave of oppressive legislation came, prohibiting the education, movement and assembly of enslaved people.

In studying Turner, Sojourner Truth and other individuals that were pivotal at the height of the antebellum South, Price noted a commonality among them.

“One thing that I found interesting about them all was they were wanting the same thing — they were looking to establish a linkage between the two races at the time as far as getting whites to see blacks as equals in regards of humanity, in regards of merit, in regards of capabilities and be given the freedoms that the country was built upon,” he said.

Price, who is African American, said he has been dumbfounded by the different publicized police shootings and the deaths of African Americans like Trayvon Martin and Philando Castile.

As he has grappled with these events and seen the racial divide between Americans grow, he found inspiration in the unity-minded approach of historical figures like Turner.

“I’m a very compassionate person, so I’m always trying to give, always looking to talk to people, understand the different sides of problems and seeing ways we can come together,” Price said. “I’ve been really struggling, if you will, with the heightened racial divide.

“I feel like we’ve grown in awareness of a problem that caused us to further divide but not bring us together,” he said, adding that he does not see a lot of talk about uniting people of all ethnicities to realize there is hurt all across the board. “How can we go forward and grow from that hurt so that we can evolve as a nation?”

He said his new book is his way of depicting that forward movement, growth and evolution.

The book, due to release on June 19, Juneteenth, is titled, “The Council: A Few Came Together to Become the Manifestation of Justice.”

Price said that when he started his journey of research for the book, he began with “The Confessions of Nat Turner,” chronicling an interview between Turner and a lawyer, Thomas Ruffin Gray.

“It was just really interesting to hear [Gray’s] perspective of Nat Turner and then also hear the comments that he wrote about Nat Turner,” Price said. “And it was interesting that Nat Turner was extremely focused on a goal, and it was to create an area that blacks could be to find a safe haven, if you will, but in their route to get there, he wasn’t about vengeance killing or anything like that.

“Even he stopped individuals within his own camp that tried to terrorize white people that were known not to own slaves,” Price continued. “He’s basically saying, ‘That’s not what we’re about. We’re about seeking freedom for those who are enslaved and in bondage.’”

If Turner had been able to succeed in that effort, Price recalled contemplating what type of butterfly effect that would have had on the psyche of slaves at that time and on the political arena, especially in Virginia.

“If he would have succeeded, would that have put America in a better situation or a worse situation than we are in today?” Price asked.

He said this is the idea he explored in “The Council.”

“Included in my research was interviewing a descendant of slave owner Salathiel Francis, who was killed by Nat Turner’s army,” Price stated. “The interview provided outstanding accounts, family insight, political understanding and emotional depth to the insurrection.”

Price indicated that his interview with the descendant was an emotional one.

“One, to just hear it all, to realize he has all this history that is readily available, and he was so willing to share it and be completely honest in it, and that’s something that was really impactful for me,” Price said. “He didn’t pull any punches.”

He also gave some accounts that people do not find in the history books, Price said.

The man noted how the wife of one of the slave owners was saved by some of the enslaved people.

“It started to turn his family dynamics around,” Price said. “They treated these blacks so terribly, and yet the blacks are the ones that saved her, basically the family’s lineage.”

Price said that saving action was a turning point for the family to change its mindset in how it viewed African Americans.

He hopes “The Council” will accomplish a few things in the hearts and minds of those who read it.

He stated that he hopes it will provide a sense of understanding of the African American remnant pain in connection to the past.

He also hopes it will provide insight into how people unify in trying times.

Then, he indicated he hopes the book will be a catalyst of conversation to inspire true healing and serve as a testament to the importance of love, compassion, faith and true unity.

He said the book talks about the importance of empathy and the power of forgiveness.

“This tragic thing has happened to our people, yet we cannot stay in this place of hurt for the rest of our existence and nor can we blame everyone for that hurt that looks like the oppressor of that time,” he said.

“Everyone can have pride in their ethnicity, their gender, everything about them, their age, who they are, X, Y and Z, and that’s all great because that’s what America stands for,” he said. “But at the same time too, we also have to have these commonalities that say that, ‘Hey, you’re an American just like me. I’m going to respect you just like me, and I’m going to help and aid you anyway I can, and we’re going to move forward as a country together because your success helps me be successful.’”

“The Council: A Few Came Together to Become the Manifestation of Justice” is available for pre-order at Amazon.com, and will be released June 19.