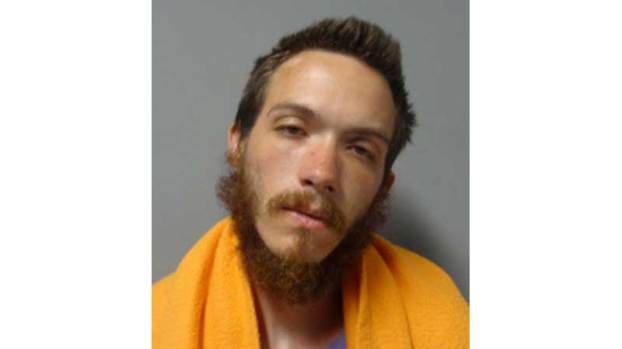 A pursuit by the Southampton County Sheriff’s Office ended in a crash and a slew of charges for a suspect on Thursday.

The Southampton County Sheriff’s Office received a call about a suspected shoplifter at the 7-Eleven on Southampton Parkway at 10:47 a.m., according to a press release from the sheriff’s office. The caller said the individual left the store in a red Honda Civic traveling west on Route 58.

A deputy observed a vehicle matching that description and attempted to stop the vehicle in Capron, the press release stated. The driver of the vehicle allegedly would not stop for the deputy, and a pursuit was initiated. Information was soon received that a similar vehicle had been reported stolen from Isle of Wight County the night before. The deputy was able to verify the license plate of the vehicle and dispatch confirmed that the vehicle had been reported stolen, the press release stated.

The pursuit continued on Route 58 West Bound until the suspect allegedly drove his vehicle into the deputy’s vehicle, eventually losing control of his vehicle and spinning into the median. The suspect then got out on foot and ran into a wooded area near the intersection of Southampton Parkway and Tennessee Road. Deputies chased the suspect into the woods but could not locate him immediately.  The area was quickly surrounded, and Southampton K9 units began a track and located the suspect at 11:58 a.m.

The driver and only occupant of the vehicle was identified as Benjamin Ray McCary, 27, of Crozet. He has been charged with reckless driving, driving with a revoked license, shoplifting, felony eluding, possession of stolen property, and assault on law enforcement. He was also served with an outstanding warrant for a probation violation out of Chesapeake. He is being held at the Southampton County Jail without bond.  His first court appearance is scheduled for May 11 in Southampton General District Court.

No one involved in the incident reported any injuries.