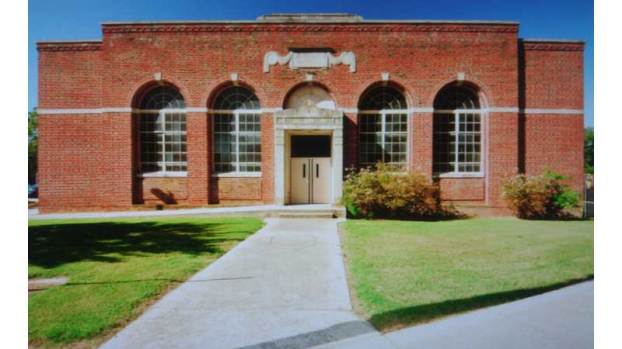 Starting early-on in the 1930s, Southampton County School officials were realizing, increasingly, the need for a more broad-based school curriculum for County students. Pursuant to this end, plans were evolving toward the establishment of a curriculum that would include not only academic education but also would offer more vocational type training – especially agricultural and mechanical instruction. Commercial subjects such as typewriting, shorthand, bookkeeping, etc. were being strongly emphasized. Physical education was being accepted, more and more, as an important part of the development of young people.

Thus, a proposal to establish a building that would house a gymnasium, an agricultural training room, and a machine shop at Franklin High School was put forward.

Also, proposals were coming together to establish better schools for other towns in Southampton County. Special effort was put forward to improve existing Negro schools and to build new ones where needed — especially in the Newsoms and Capron vicinities.

Early in the year 1935, in pursuit of the aforementioned mission, a major building project was announced – the erection of a gymnasium, agricultural classroom, and machine shop building for Franklin High School, at a cost of approximately $33,545. The building site was at the head of West Fourth Avenue which was adjacent to the rear of the preexisting high school property. The high school building, built in 1922, faced Clay Street.

A second school building project, which got underway early in 1936, was the addition of two large classrooms at the high school building — to be occupied by a Home Economics Department. The projected cost was in the neighborhood of $10,000.

Projected completion date for both projects was for the start of the 1936-37 school year.

The Sept. 11, 1936, edition of The Tidewater News carried the following headline:

Filling a long-felt need in the Franklin public schools, an agricultural department, workshop, gymnasium, and model home economics “apartment” are either open or will soon be completed for the 1936-1937 term that began yesterday (Thursday) at 9 o’clock – when the schools of Southampton County threw open their doors for the new scholastic year.

Occupying a commanding position at the head of Fourth Avenue, the gym-agricultural-workshop building is an attractive brick and stone structure, 95% fireproof and equal in modernity and comfort to many college gyms, costing $33,964.90, exclusive of equipment. Forty-five percent of the cost was covered through an outright “PWA” (Public Works Administration) grant, and the remaining 55% was borrowed from the Literary Fund of Virginia. Construction was started in the early part of 1935 and, except for concrete flooring in the workshop, is now complete.

The building has a frontage of 83 feet at the end of West Fourth Avenue and extends back for 110 feet. The interior of the gymnasium has maple floors, tile walls, and acoustical plaster ceiling laid under steel ceiling joists with gypsum fireproof sheathing. Compactly built bleachers will provide accommodation for spectators; and, since indoor basketball games are to be played there, light fixtures are caged and are on moveable sockets — to prevent breakage. Modern locker rooms and showers for boys and girls are located just to the right and left of the main floor of the gym.

The gymnasium is located at the front of the building. The rear of the building, separated from the front by a solid partition, is occupied by the agricultural department and workshop – each with separate entrances. An office is provided for the agricultural instructor, opening into the classroom. A central coal-fired heating system serves the entire unit; electric fans blow the furnace heat through the rooms at varying speeds according to the temperature desired.

The home economics addition to the preexisting main high school, which is expected to reach completion by Oct. 1, is connected to the back of the auditorium, although there are outside entrances on either side that obviate the necessity of going through the auditorium to attend classes in the annex. The addition includes a classroom and a typical home economics “apartment,” including bedroom, kitchen, breakfast nook, etc. The dimensions of the addition are 77 by 30 feet, and the cost is approximately $10,000.

The 55% portion of the total cost of the Franklin gymnasium-agricultural-shop building and home economics addition, which was borrowed from the Literary Fund of Virginia, will be repaid in equal shares by the Southampton County School System and the Town of Franklin School District.

NOTE:  The gymnasium complex has been in use from 1936 until the present day. When Franklin High School was relocated from Clay Street to Crescent Drive, in 1967, the gymnasium complex, on Hill Street (now known as Charles Street), was retained and continued to be used as an alternate gym and for various other functions – such as weightlifting and wrestling. Currently, the gym is being used as the operations center for the Franklin High School Robotics Team. The shop and agricultural classrooms sections of the building are now being used for storage.

The facility is owned and managed by the City of Franklin School System.

On Dec. 18, 2019, the Virginia Department of Historical Resources issued a press release announcing that the Charles Street Gymnasium complex was approved for listing on the Virginia Department of Historical Resources Register. Approval of the gymnasium was based largely on the historical integrity of the building, its classical revival architecture, and its importance as a major component of Franklin’s public education history.

And, on Feb. 26, 2020, the Charles Street Gymnasium complex was approved for inclusion on the National Register of Historic Places.

First-grade students in Mrs. Butler’s class have been learning about using non-standard units of measurement. The children used a shoe... read more