CARRSVILLE – Lloyd Allen “L.A.” Glover Jr., 75, passed away May 17, 2021 in East Pavilion. Born in Franklin, he was the son of the late Lloyd Allen Glover Sr. and Willie Mae Askew Glover. L.A. was also predeceased by a sister, Dot Benton. 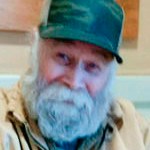 L.A. was a longtime Isle of Wight County farmer.

A funeral service will be held at 2 p.m. on Thursday, May 20 in Wright Funeral Home. Burial will follow in Mt. Horeb Cemetery. The family will receive friends Wednesday from 6 to 8 p.m. in the funeral home and suggests that memorial donations be made to the American Cancer Society.

COURTLAND – Master Malachi A. Banks of Oak Trail, Courtland, passed away on May 10, 2021. A service for Malachi... read more