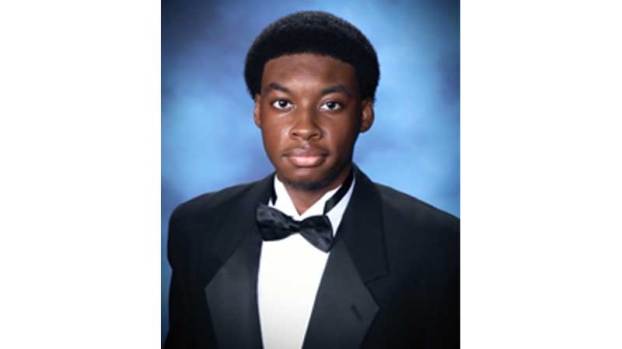 Franklin High School senior Samuel Lyons has been accepted into 40 colleges and offered more than $1.6 million in scholarship money, and those numbers may grow further. (Photo submitted by Franklin City Public Schools)

Franklin senior gets into 40 colleges, receives more than $1.6M in scholarships

After applying to more than 40 colleges, Samuel Lyons, a senior at Franklin High School, has been offered more than $1.6 million in scholarship money.

“We started in August 2020 doing his college applications, and he has diligently been working at home, applying to colleges while virtual. I do not believe this is all of his scholarship money or acceptance letters. We have completed several other scholarships from different organizations that we are waiting on. I believe he will get those also.”

Lyons, 18, said applying to so many schools involved a lot of essays, but the Common Application and Coalition Application helped him get through them all.

“It was very time-consuming,” he said. “I had to manage my time while applying to so many schools and doing virtual learning. I didn’t really know what to expect, since it was my first time applying to colleges. I didn’t expect to get offered so much in scholarship money.”

Franklin High School Principal Travis Felts said, “Sam is an outstanding young man with the potential to do anything he sets his mind to. He is smart, respectful and serious about academics. He is interested and talented in working on computers. I have no doubt that he will do great things after graduating from Franklin High School. He will definitely make us proud.”

Lyons’ parents are overjoyed that he has been so successful in his college pursuits.

“We’re very proud of Sam,” Sam’s father, Samuel Lyons, said. “We’ve been proud of him since kindergarten. From Ms. Dildy’s class in kindergarten until now in high school, he’s been very hardworking.”

Sam said he hopes to get a good job in the computer engineering field. He also plans to come back to Franklin High School and set a good example and mentor some students.

“I want to thank Ms. Massenburg and all of the teachers that taught me; each one contributed to my success,” Sam said.

“Samuel Lyons is one of the most focused students I have ever worked with,” Massenburg said. “He is very intelligent and has an amazing personality. He knows who he is and what he wants his future to look like. Throughout high school he diligently put forth his best effort and stayed attentive to his goals. An authentic game-changer is about to enter society.”

Sam’s teachers are also extremely proud of his success.

“When I think of Samuel Lyons, I think of the following quote from T.D. Jakes, ‘Destiny is not for comfort seekers. Destiny is for the daring and determined who are willing to endure some discomfort, delay gratification and go where destiny leads,’” FHS Computer Information Systems Teacher Shonna Rawlings said. “Samuel is a very hardworking, persistent and reliable young man. He has served as the vice president of (Future Business Leaders of America) for the past two years and has also been one of my business students. Samuel is not one who cares about instant gratification. He is one who puts in the work, no matter what, to accomplish his goals. I believe he is destined to a successful future because of this. I am so proud of his many accomplishments.”

FHS Dual Enrollment Anatomy & Physiology Teacher Brandon Lilley said, “Sam is one of the most mature and focused students I have ever had the privilege to work with. He demonstrates a passion for learning and furthering his own growth. He is going to move on and accomplish great things, and I cannot wait to see what comes in the next chapter of his life.”