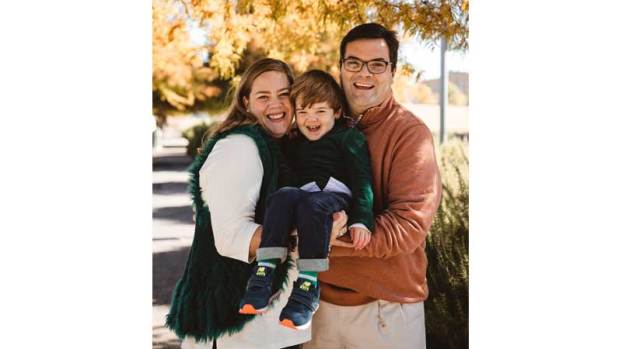 Southampton Academy has selected Clyde Simpson “Trey” Adams III to be its next head of school.

Adams is a sitting director of admissions and enrollment and comes to Southampton Academy from Birmingham, Alabama, where, for the past five years, he has successfully led the admissions, enrollment, retention and outplacement efforts of an infant through eighth-grade school of 400 students.

Adams’ resume includes tenures in North Carolina, Kentucky, Ohio and Georgia in roles from upper school science teacher and head of upper school to assistant head of school for finance and enrollment. He also has previous experience as a member of the board of trustees of an early childhood school.

Adams describes his leadership style as dialog-oriented and collaborative.

“I believe in bringing people together who have expertise or vested interest in a program and inviting their perspective,” he stated in the release. “Nine times out of 10, the best direction or position will manifest itself from the conversation. Even if I have a strong idea about a specific initiative, dialog shapes (or shifts) my understanding as I learn different viewpoints.”

Adams is no stranger to the region and was raised about an hour-and-a-half away, just over the North Carolina state line. A native of Edenton, North Carolina, he is the son of a North Carolina state trooper and retired elementary school teacher. He grew up in rural communities on boats, in the woods and “walking rows and chopping cotton” before age 16. After graduating from J.A. Holmes High School in Edenton, he attended Davidson College in North Carolina and later received his master’s degree in educational leadership from the University of Kentucky. He has lots of family in Edenton, and both he and his wife have relatives in the Tidewater area as well.

Adams’ interest in Southampton was chiefly driven by location.

“I met my wife back in my hometown where she was serving as associate pastor of my parents’ church — 20 years after I’d started my career journey,” he said. “Now, with a 3-year-old son, we are both interested in coming back to our roots and raising him closer to family.”

Adams’ wife, Kelly, is a native of Southern Pines, North Carolina, and graduate of Meredith College in North Carolina with a Master of Divinity from Campbell University, also in North Carolina. An ordained Baptist minister, Kelly Adams is the associate director of the Center for Congregational Resources of Samford University where, since 2018, she has helped resource churches by serving as the project coordinator for Life is Calling, one of 13 “innovation hubs” in the Lilly Endowment Inc.’s Calling to Lives of Meaning and Purpose initiative.

The head of school selection committee developed an internal and authentic process in recruiting for the head of school position. In addition to inviting public input, the position was also posted and credentials were received and reviewed. Finalists participated in on-campus interviews. After an initial Zoom interview, Adams spent time on campus and in the area meeting stakeholder groups — including students, parents, past parents, alumni and board members.

Adams has begun a transition process into Southampton Academy through conversations with the board of directors and meetings with the interim head of school. The family expects to be in Courtland permanently in late June/early July, dependent upon factors related to moving and real estate.