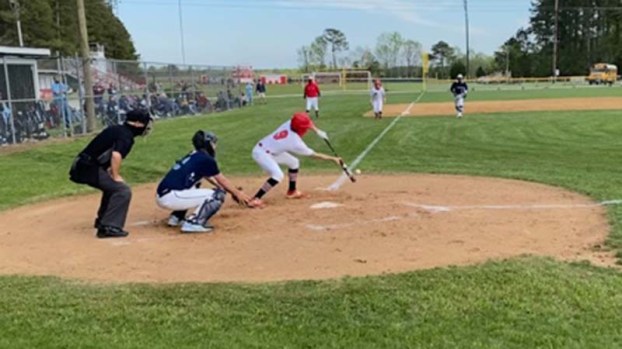 Pitcher Trent Holland earned the win for the Chargers, pitching three innings and holding the Warriors hitless and scoreless while walking one and fanning five.

Isle of Wight got the scoring started in the first inning with a Trevor Mason RBI single that plated Dustin Moon. IWA got two more runs across later in the inning when Cofer grounded to second base and reached on an error, scoring Thompson and Mason.

After Holland bunted into a fielder’s choice in the fifth to score Alex Holt, making the score 7-0, Tidewater scratched back to score three runs in the sixth. But the Chargers responded with 4 runs in the bottom of the frame to make the score 11-3.

In the 1970s, Isle of Wight Academy was a member of the Virginia Academies Athletic Conference.

The IWA soccer team squares off against Brunswick at 5:30 p.m. April 21 at home.

The Lady Chargers softball squad began its season with a 1-2 record. IWA lost to Brunswick, 4-3, and bested Tidewater 17-2. IWA was also defeated by traditional rival Nansemond-Suffolk Academy 8-2 on April 16.

By Frank Davis Even with everything past and present with the COVID-19 pandemic, no football season would be complete without... read more