SEDLEY – Harvey Bradford Randall, 72, passed away April 14, 2021 in Sentara Obici Hospital, Suffolk. Harvey was a native of Portsmouth and a 1967 graduate of Churchland High School. Harvey was very proud to be a Churchland Trucker football player. He was named to the 34th All-Tidewater football team in 1966 as a defensive tackle. He was inducted into the Chesapeake Sports Hall of Fame for outstanding accomplishments in football for the All 60’s Team on April 9, 1990. 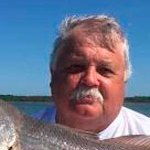 He was a retired heavy equipment operator at Norfolk Naval Air Base.

Harvey was a true outdoorsman that loved hunting and fishing. He hunted and fished in Southampton County since he was a child. He spoke his mind and loved his family and friends, especially his grandchildren.

Left to cherish his memory is one son, Jack Randall and his wife, Heather of Courtland and grandchildren, Peyton, Claire and Casey Randall; a daughter, Megan Heldens-Randall and her husband, Lex Heldens and grandson, Oscar of The Netherlands; and a special lady in his life, Kay Wolford of North Carolina.

A memorial service will be held at 2 p.m. on Saturday, April 17 in Wright Funeral Home with Mr. Drew Page officiating. The family will receive friends at the funeral home one hour prior to the service and after the service at Jack and Heather’s residence at 19134 Lakeside Drive, Courtland. Memorial donations may be made in Harvey’s name to any favorite charity.