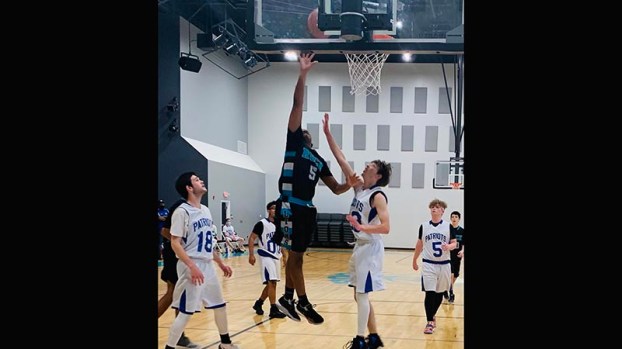 Jordan Myrick dominates the inside with 2 of his 22 points. (Submitted) 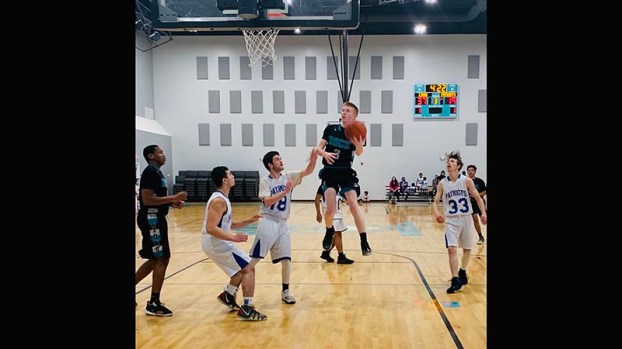 The Rock Lions varsity team finished their regular season with a big win in the new Ben S. Dillon Life Center. This win improves their record to 15-3. They also qualify for Nationals that will be held in Tampa, Fla., in May.

So far, the Lions have been undefeated in the new facility, and this last regular season game would be no different. They took down Buford Academy Bobcats by a score of 78-39. Sophomore D.J. Dillon got off to a hot start as he hit two threes in the first two minutes of the game. Jordan Myrick was dominant down low as he scored 6 points inside the paint in the first quarter. The Lions were up 30-11 at halftime and looked to walk away with the game.

Dustin Snow, with the Bobcats, had different plans as he came out and hit 5 threes in the third quarter. One of those threes was almost from half court as the buzzer went off to end the quarter. The score was now 52-36. The Lions would step their game up and finish off an impressive 26-3 in the final quarter to seal the 78-39 win.

“A strong win for the boys, Buford made some runs but we are playing our best basketball,” said Coach Danny Dillon. “We’ve been practicing in the new facility since Nov. 2 and we are deep into March. It’s been about 20 weeks and all of their hard work has paid off. Longest season I’ve ever been a part of.”

“I couldn’t be more proud as a coach and father than I am for D.J.,” Coach Dillon said. “He’s had an athletic gift from an early age. However, his character and love for God outshines his skills on the basketball court. Also, the addition of Jordan Myrick has been so special. He’s a great talent and an even better young man. Those two players are going to be tough these next two years.”

The JV team was very successful this year finishing with a record of 11-1. Their final win was over Buford by a score of 35 to 15. They had even scoring throughout as Benny Dillon had 9 points, Adin Brown had 8 points with 5 assists, and Justin Temple with 7 points on top of 12 rebounds.

Dillon stated, “What a great season we had and I’m so excited about Nationals in May. We have one senior and the rest are sophomores and younger. We definitely have our work cut out for us but I look forward to the challenge. What can I say, I’m so blessed to be a part of this program/school/church. We start our practices with devotions and prayer. We worship in the locker room before each home game and worship as we travel when we play away. It’s all about giving God glory for every breath that we take. These young men love God and I love them.”