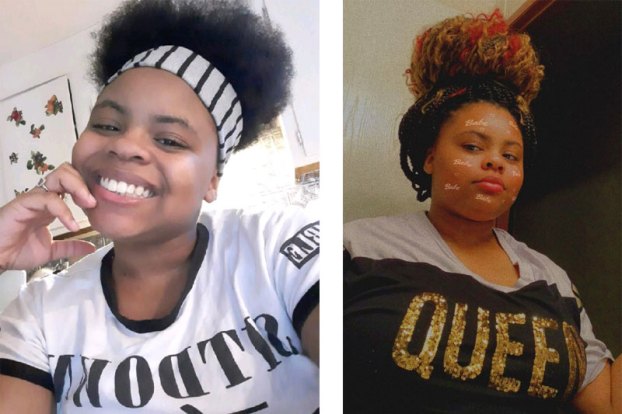 Police are distributing these photos of Zahreiah Gilliam, who was last seen March 29 around 11 p.m. Submitted | FPD

UPDATE: The missing teen has been found.

According to FPD spokesman Sgt. Scott Halverson, Gilliam was last seen in the 400 block of South High Street on March 29 around 11 p.m. She is described as being 4 foot 9 inches tall, weighing 165 pounds, and may be in need of medical services.

Virginia State Police late Monday apprehended an abduction suspect and recovered the 6-year-old victim in a chase that ended in... read more