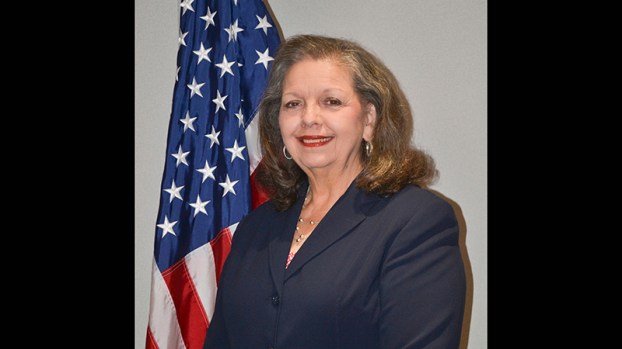 Brenda B. Rickman won’t seek re-election as Franklin’s commissioner of the revenue this November.

When her current term expires Dec. 31, she will have served the city for a total of 46 years, 39 of them as commissioner, making her the second longest-serving commissioner of the revenue in Virginia’s history.

Rickman was first appointed to the constitutional office in January 1983 and stood for election that November. Prior to that, she served as deputy commissioner of the revenue for five years and worked as a clerk in the treasurer’s office for two years.

“The City of Franklin and her citizens have been good to me,” Rickman said. “I have always said that God opened a door and made a way for me to have the opportunity to serve the citizens of Franklin in this capacity. I have seen many changes in Franklin over the years and hope that in some small way have made it better for our citizens. I am looking forward to retirement but will miss my dedicated staff and colleagues here at the City of Franklin and across the State of Virginia.”

When Rickman started working for Franklin’s city government in 1975 there were no computers, copy machines or cell phones.

Valuing every vehicle in the city to calculate personal property taxes had to be done by hand using the National Automobile Dealers Association guide. From that information, Rickman would have to type a personal property book to provide to the city’s treasurer, who would then type a tax bill for mailing to each taxpayer.

“Now, all of this is processed by computer,” Rickman said. “Don’t get me wrong, it still takes a lot of time to get the records in the system for processing the bills correctly.”

The commissioner’s office is responsible for calculating what is owed for real estate and personal property taxes; business license fees; meals and lodging taxes; cigarette taxes; machinery and tools taxes; and tax relief for veterans, the elderly and the handicapped; as well as will and real estate transfers, map changes and administering the city’s land use program. The city’s treasurer, who is also an elected constitutional officer, is then responsible for collecting said taxes and fees.

After achieving her certification through the Weldon Cooper Center at the University of Virginia in 1991, Rickman served as secretary of the state’s Commissioner of the Revenue Association from 1992 through 1995 and as a member of its executive board from 1995 to 2000. She was elected president of the association in 2001.

She received her Master Commissioner of the Revenue certification in 2013, again via Weldon Cooper, and received the Sam T. Barfield Award of Excellence — the highest award the association gives — in 2016. In 2019 and 2020, Franklin’s office received accreditation, which the association awards to commissioner’s offices that meet its standards for education requirements, customer service, personnel and ethics policies and assessment methodology.

According to Franklin City Registrar Jennifer Maynard, candidates seeking to be on the ballot for commissioner of the revenue this November have until June 8 to file with her office.

“My plans for retirement are just to enjoy life, spend more time with family and friends, travel, and finish projects at home,” Rickman said.

She’s been married to her husband, Frank, for 48 years and has two sons, a daughter-in-law and two granddaughters.

There’s a Martha Gibson print in her office that reads “I wasn’t born in Franklin, Virginia but I got here as fast as I could.”

“This says it all,” Rickman said. “Franklin is my home and I am proud to be a part of this community. Frank and I have no plans to leave. Our family is here, our Rock Church family of over 30 years is here and we want to do our part to make Franklin a better place to live.”

For the second year in a row, Southampton County Treasurer Cynthia Edwards is asking that the county’s $200 annual solid... read more