SEDLEY – Julian Arthur “Jay” Felts Jr., 73, passed away March 27, 2021. Jay was born in Suffolk and grew up in Ivor and was a son of the late Julian Arthur “Pop” Felts and Margaret Tomlin “Granny” Felts. He was also predeceased by his sister, Janette Felts Lowe. 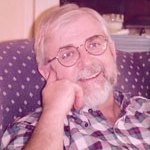 Jay was a 1967 graduate of Southampton High School and was the proud owner of Felts Machine Inc. in Suffolk and Sedley. He was a member of the Gillette-Urquhart Camp Sons of the Confederacy. Jay was a member of Ivor United Methodist Church and attended Sedley Baptist Church.

A memorial service will be held at 2 p.m. on Friday, April 2 in Wright Funeral Home with the Rev. Jim Foreman and the Rev. Doug Hall officiating. Burial will be private.

The family will receive friends in the funeral home one hour prior to the service and suggests that in lieu of flowers, memorial donations may be made to the charity of your choice.

To view the live stream click the link https://m.facebook.com/Wright-Funeral-Home-114251662075086/. You do not need to be a Facebook member to watch the live stream and live streams usually start 5 minutes prior to the service, and will be saved for later viewing, Facebook permitting.