DALLAS, Texas – Fred “Gary” Ricks III, 59, passed away on March 13, 2021, after a fierce battle with COVID-19. Gary was born on May 27, 1961 to Fred Gary Ricks Jr. and Shelia Kay Ricks in Oak Ridge, Tennessee. After graduating from Franklin High School in Franklin, he attended Old Dominion University.

After working in the insurance business with his stepfather, Gary made a move to join his dad in Austin, Texas to work in the technology industry at CompuAdd. He ended his career in Denton working as a data analyst at Brinks, International. 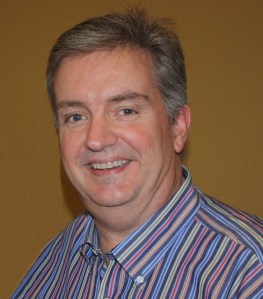 In 1991 Gary asked Cathie Neeper to dance and they wed in 1992, going on to have three beautiful children, the centers of his universe: Taylor Martin, Catherine Dee and Dalton Louis.

Gary was a devoted father and abject sports fan. Lettering in four sports, he took great pride in coaching the teams his kids played on and watching them play. Basketball courts, baseball fields and golf courses were his homes away from home. In the past few years, his greatest joy was playing a round of golf with his kids or with his buddies. Gary’s love of sports was only surpassed by his love of his three children.

His devotion led him to The NextGEN AAA Foundation, a hockey team and academic sponsorship club founded by his sister, Dee Dee Ricks, where he recently made his mark mentoring underprivileged kids hit both the ice and the books. Gary was a cherished member of his NextGen Family and leaves behind heavy but full hearts.

Gary was preceded in death by his mother, Shelia Wendel. He is survived by his children: Taylor, Catherine, Dalton; his former wife, Cathie, of Austin, Texas; his father, Fred Ricks of Creeksville, North Carolina; his sister, Dee Dee Ricks and nephews John and Jordan Jaenisch and Donte Pierre of New York City, New York.