FRANKLIN – Floyd William “Bubsie” Burgess, 89, widower of Nancy Juanita Dilday Burgess, passed away March 17, 2021 in The Village at Woods Edge. William, born in Conway, North Carolina and formerly of Sedley and Cudjoe Key, Florida, was a son of the late Floyd Thomas Burgess and Lucy Rose Burgess. He was also predeceased by two sisters, Virginia Griffith and Vivian Hawkins. 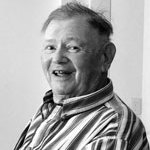 William was a U.S. Army veteran and a retired supervisor at Union Camp Corporation. He worked in the Pro Shop of Cypress Cove County Club and he loved to fish. William was a member of Sedley Baptist Church.

A graveside celebration with family and friends will be held on Friday, April 2, at 2 p.m. in Mt. Tabor Baptist Church, Ahoskie, North Carolina, which is between Murfreesboro and Winton, North Carolina.