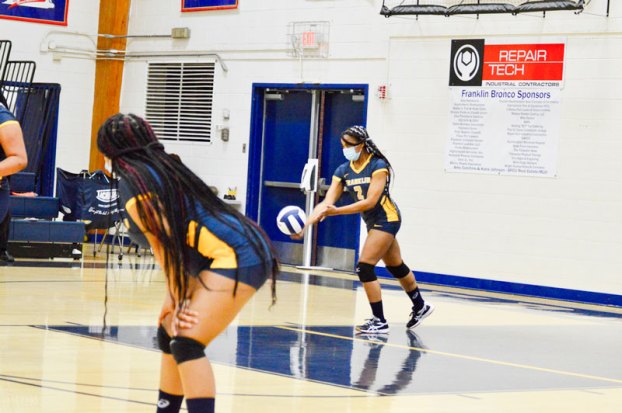 Lady Broncos do well in first game of fall season 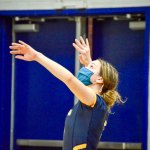 The Franklin Lady Broncos volleyball team opened their season on March 2 with a three-set sweep of the Lady Dragons of Appomattox Regional Governor’s School. The Lady Broncos jumped out to an early lead in the first set thanks to strong defense from seniors A’yma Mitchell and Janae’ Evens and several aces by sophomore Danae Powell.

The Lady Dragons came roaring back in the second set, building a lead that grew to as large as 8 in the set. The Lady Broncos regrouped, after a timeout, and came storming back to take the lead thanks to senior Kayla Felts. Felts and the Lady Broncos’ defense were able to take control of the set and pull out a 25-19 win. The Lady Broncos left little doubt in the third set, jumping out to an early lead that they never gave up.

With the win, Franklin improves to 1-0 on the season and traveled to Southampton on Monday to take on the Lady Indians. The win also marks the first win for Coach Cierra Eley and Assistant Catherine Coach Brown. 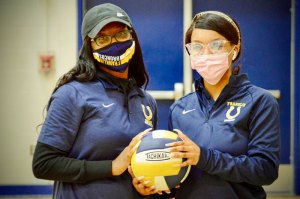 JONATHAN SMITH, a teacher at Franklin High School and volunteer with the volleyball program this year offered this report on the team’s opening.