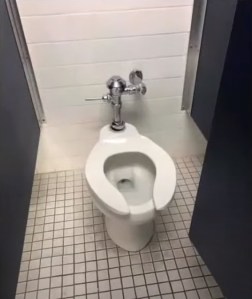 On Feb. 22, the school division received approval from City Council to reallocate the unspent money to fund a bathroom renovation project at S.P. Morton Elementary. The budget amendment merely moves money around categorically and does not increase the division’s roughly $17 million 2020-2021 school year budget, nor the portion funded by City Council.

In October 2020, City Councilman Ray Smith had inquired of the division whether keeping children and teachers out of the city’s three school buildings had resulted in any “reduction of costs,” and was told by School Board Chairwoman Amy Phillips that “actually, it’s more,” or would be if not for the CARES Act funding the division had received — particularly with regards to the cost of the 200 WiFi hotspots FCPS placed throughout the city for students to stay connected with their teachers.

“Of course, the buses aren’t driving, but to use them as an example, our bus drivers are actually working within our central office in various locations,” Phillips had said. “We’ve got one working as a receptionist, so she’s answering the phones, and then they’re helping to deliver lunches on the buses … . Everyone is still physically working their hours. We don’t have anyone that’s sitting at home and not getting paid.”

But by Feb. 4, when the School Board voted to send its budget adjustment request to City Council for the bathroom project, Assistant Superintendent Jeff Ryder was estimating upwards of $26,000 in savings from what had been budgeted for administration, $191,000 from transportation, $375,000 from instruction and $205,000 from technology — the technology figure including $63,000 in savings from building operation costs.

Asked to clarify her October remarks, Phillips said she’d been “giving just a couple of examples of costs associated with educating the children of FCPS” and that her response to Smith’s question was “not inclusive of every single expense.”

While the Council’s vote to approve the requested budget transfer was unanimous, with one absent, Mayor Frank Rabil expressed reservations regarding the $375,000-plus pulled from the division’s instruction line item, which includes teacher salaries.

“We just seem to have an annual reduction in instruction,” Rabil said. “Historically, we’ve been averaging about $400,000 coming out of instruction every year, even before COVID. I’m just concerned that either we’re not budgeting correctly or we’re having a heck of a time hiring people.”

As Superintendent Dr. Tamara Sterling explains, the instruction line item savings result when the division budgets for full-time teachers at a minimum salary of $41,000 a year but ends up hiring uncertified teachers as long-term substitutes at $100 a day, or roughly $18,000 a year, until those teachers are certified by the Virginia Department of Education.

In past years, FCPS struggled with high turnover as teachers would leave for higher paying school divisions, but now is “on an upswing,” Sterling said. The division budgets for 104 teaching positions, 94 of which are currently filled, 10 with long-term substitutes.

At an earlier School Board work session, Ryder projected the cost to renovate S.P. Morton’s 33 bathrooms at just over $770,000, including architect and contractor fees, based on a rough estimate from a vendor FCPS had used in the past. The project will be partially reimbursed with $40,500 in CARES Act money.