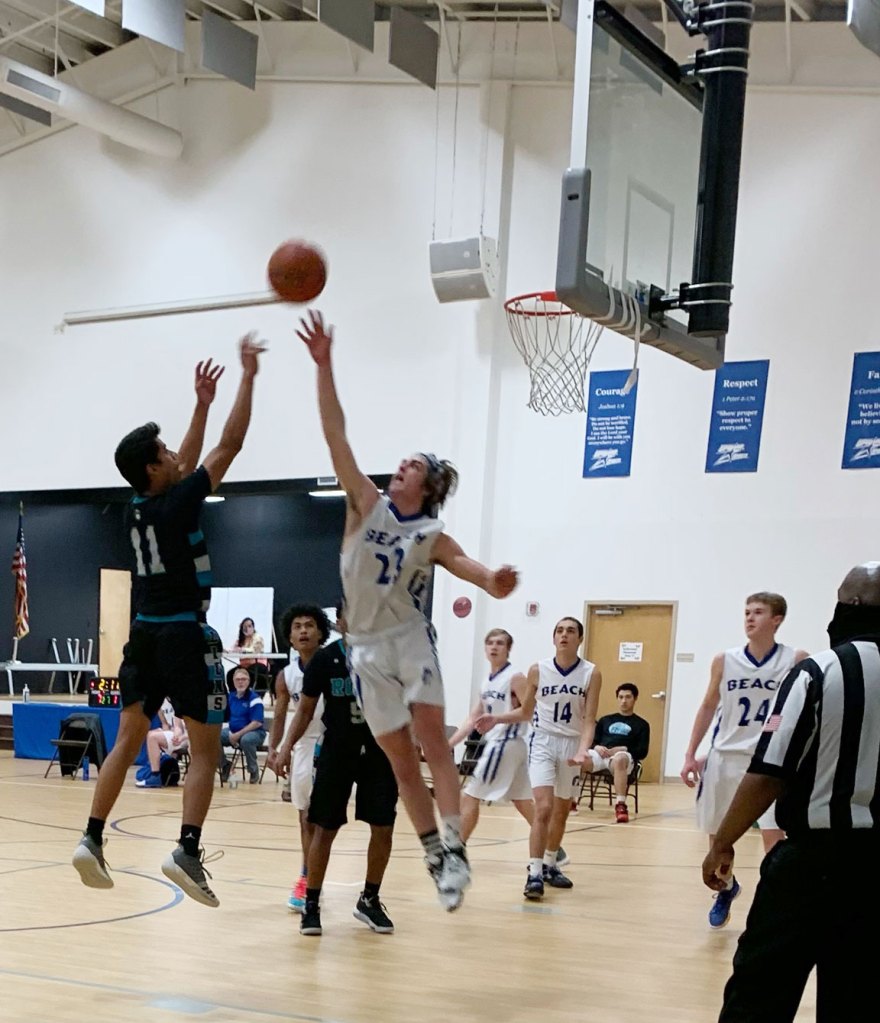 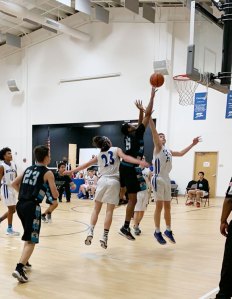 The Rock Church Lions moved to a record of 12 and 2 on the season after a big win over Virginia Beach Academy last week. The Beach Breakers beat the Rock Lions early in the season. However, this past week, the Lions would get revenge by starting the game out strong.

D.J Dillon, sophomore, who finished with 33 points, made sure that Rock would not be denied a victory. He came out on fire and hit four 3-pointers in the first quarter. The Beach Breakers were trying to figure out a way to stop him. Jordan Myrick also put in 6 points to start the first quarter, and the Lions found themselves up 17 to 11 at the end of the first.

“D.J. absolutely put on a shooting clinic in the first quarter,” said Danny Dillon, coach. “He hit one from NBA range and two more coming around screens. It really was a sight to see.”

The Beach Breakers would not go away easy and at the end of second quarter they found themselves down 24 to 21 at halftime.

“As good as D.J. and Jordan were tonight, it was really our defense that won us the game. Tita Bruning and Drew Good (Beach Breakers) hurt us last time, and tonight we came out in a triangle and two,” said the coach. “Christian Fanjul, Cole Butler and Seth Woodward, traded off face guarding those two players and clearly it worked.”

The Breakers made a few pushes to cut the lead down to 7 points in the fourth quarter, but that’s as close as they would get. The Lions hit free throws down the stretch to ice the game. The Lions shot 18 for 24 as a team from the free throw line, which translates to 75%. When the fourth quarter buzzer sounded, the Rock Lions avenged their previous loss and won the game by a score of 61 to 51.

D.J. led all scores with 33, while Myrick dropped 24 points. Bruning and Carter Joyner had a high for the Breakers with 13 points apiece.

“It feels so good to have a game plan, and for that plan to be executed so well,” said Dillon. “This was such a pleasure to watch the boys fight so hard and come out on top. They worked really hard as a team. I’m just beyond proud of them.”

The Rock Lions JV team moved to a record of 8 and 1 by beating the Breakers 28 to 19. Adin Brown, of Rock, had game high 13 points, while teammate Benny Dillon added 7 points.

Both teams travel this weekend to face off in the BRCA 2021 Invitational Tournament in Richmond.

Johnson signs to play for Hampton