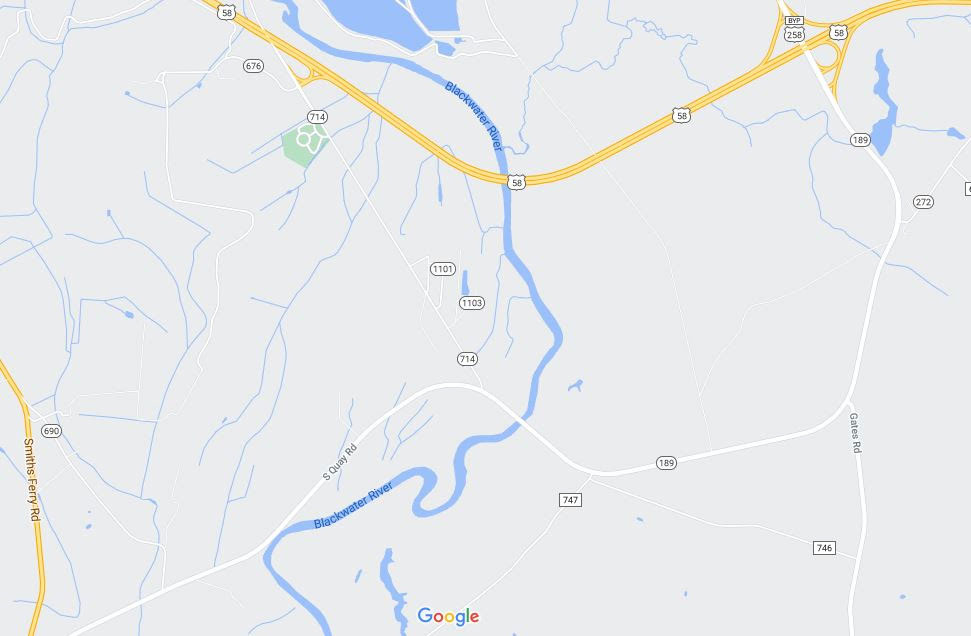 South Quay Road will be closed in both directions between Route 58 and Pretlow Road starting as early as March 1 for a bridge replacement.

According to Nina Ulrich, spokeswoman for the Virginia Department of Transportation, the existing South Quay Road bridge over the Blackwater River, which connects Southampton County with Suffolk, will be replaced with a fixed span structure that will have a 35-foot vertical clearance. The new roadway will consist of two 11-foot lanes and six-foot shoulders. Due to the higher elevation of the new bridge, VDOT is also planning to redo 1,006 feet of the approaching roadway.

Detour signs will be in place as follows:

Byant Structures, Inc. was awarded the $11.3 million construction contract for the project. The bridge replacement project is estimated to be complete in summer 2023. All construction work is dependent upon weather conditions.

To learn more about this project, visit https://www.virginiadot.org/projects/hamptonroads/south_quay_bridge.asp.