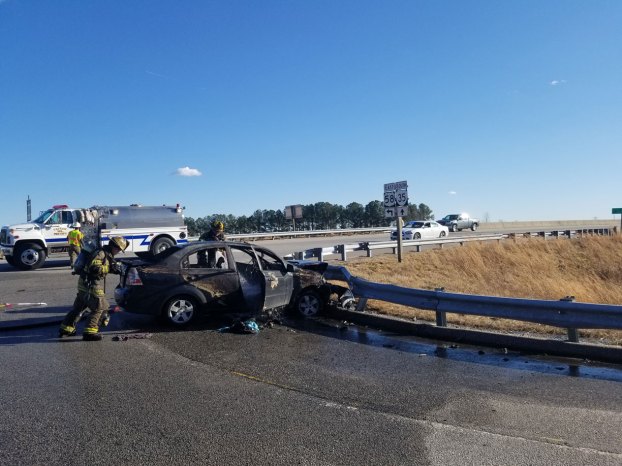 Members of the Courtland Volunteer Fire Department inspect the vehicle that caught fire in an accident on Meherrin Road at the Route 58 West on-ramp. There were only minor injuries to the driver. -- Submitted | Southampton County Sheriff's Office

At 3:32 p.m. Feb. 23, Southampton County deputies were called to a motor vehicle accident on Meherrin Road at the Route 58 West on-ramp. Only one car was involved, according to Maj. Camden Cobb, department spokesman. The vehicle caught on fire before deputies arrived, but the driver and only occupant was able to get out.

The driver is being treated for minor injuries. The cause of the crash is still under investigation. No summonses have been issued at this time.

One lane of Meherrin Road was closed between Ridley Road and Worrell’s Fork Road for a little over one hour. All lanes are back open at this time.

The Courtland Rescue and Courtland Volunteer Fire Department both responded to this incident.

Virginia will join 22 states in abolishing the death penalty