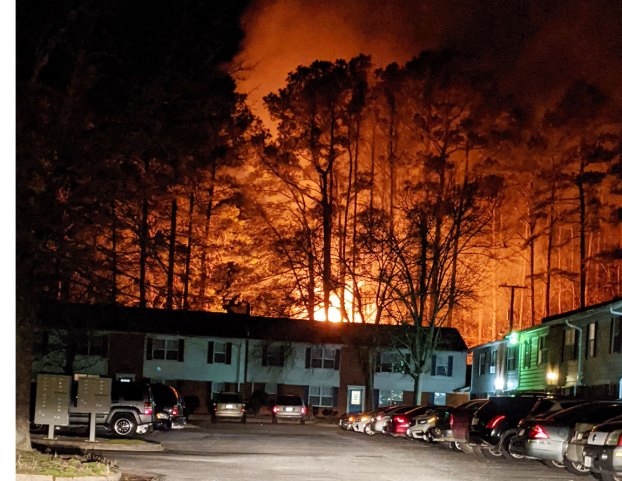 A fire early Friday morning at apartments in Franklin forced several residents out of their homes. -- Courtesy Ryan Outlaw

No one hurt by early morning fire

No one was injured by flames that burned multiple apartments at the 100 block of Forest Pine Road in Franklin during the early morning hours of Feb. 5.

Franklin Fire and Rescue, along with the Hunterdale Volunteer Department, was dispatched to the scene at 1:45 a.m. Franklin Fire Chief Vernie Francis told The Tidewater News that on arrival crews saw heavy fire coming from the roof and second-story apartments.

Crews from Carrsville and Courtland volunteer fire departments were also dispatched to assist. The flames were brought under control around 3:45 a.m.

Francis added that the American Red Cross was notified and is assisting multiple residents that have been displaced.

The cause of the fire is still under investigation.

Belk to restructure through Chapter 11