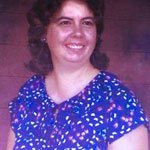 Shirley was born on Aug. 21, 1942. She was the second daughter of Nellie and Cliff Overby. Shirley graduated from James Madison University. She worked in the display department at Miller and Rhoades in Richmond for 10 years, and at DMV for 31 years, working in Richmond and branch offices in Courtland and Emporia. She retired in 2004 as assistant manager of the DMV branch in Emporia.

Shirley returned to her homeplace in Drewyville and continued to care for it after her parents’ deaths. She was predeceased by both her father, Cliff in 1997 and her mother, Nellie in 2006.

She is survived by her sister, Barbara Sublett; and her niece, Bobbi Hickman (husband Dwayne Hickman).

There will be no service at this time due to COVID-19. Wright Funeral Home is in charge of the arrangements. Donations can be made to a charity of your choice.