An investigation of a vehicle stuck in Capron last Friday yielded a pistol, narcotics and smoking devices. The street value of the drugs is approximately $21,000. -- Submitted Southampton County Sheriff's Office 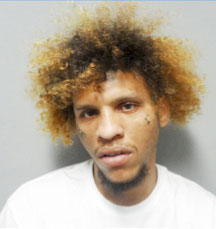 On Jan. 29, two North Carolina men found themselves in a difficult situation, to put it mildly.

According to Det. Justin Boone of the Southampton County Sheriff’s Office, a deputy was patrolling westbound in the 19000 block of Southampton Parkway on Friday when he observed a vehicle that appeared to be stuck on the property of a church. The deputy went over to the vehicle to investigate. On arrival, the deputy made contact with the two men inside. They were positively identified as Malachi George, 24, of Lillington, North Carolina, and Austin Smith, 21, of Bunnlevel, North Carolina.

During the investigation, suspected narcotics were found. The deputy requested a K-9 unit of the Sheriff’s Office be brought to the scene. Members of the State Police Task Force also responded to assist. 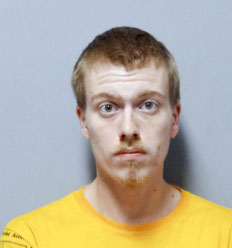 Smith was charged with felony possession with intent to distribute less than 5 pounds of marijuana. He was granted a $2,000 secured bond.

Both had an arraignment set for Tuesday.