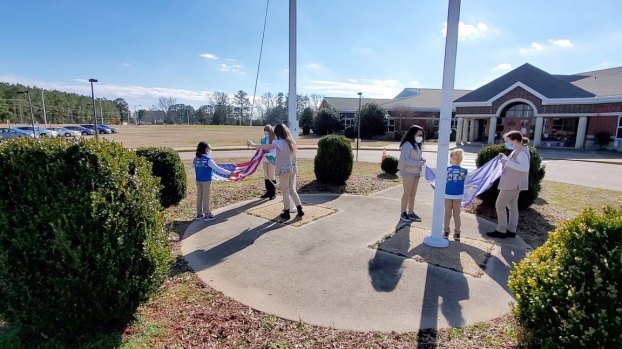 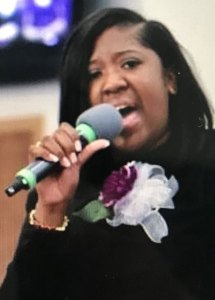 Raven Powell, a former member of Girl Scouts Group No. 5703, was the featured speaker at the 10th annual “Keep Unity in the Community Walk and Program” on Jan. 18. — Submitted | Kisha Watford

The 10th annual “Keep Unity in our Community MLK Walk and Program” was done virtually via Zoom on Jan. 18. There were approximately 76 people logged on with their devices, and many of those people had at least two other people watching with them, bringing the estimated total to a little over 150 participants. They were challenged to walk 145 steps before, during or after the virtual program to commemorate the Rev. Dr. King’s 92nd birthday, plus the 53 years since his assassination (as of April 4).

This year’s program was sponsored by Boykins Girl Scout Group No. 5073 (GS 5073), now under the leadership of Clare Overman, and the members of Franklin Tri-County Alumnae Chapter of Delta Sigma Theta Sorority Inc. (DST).

Kisha Watford, emcee of the virtual program, welcomed everyone, and GS 5073 opened with a video of Girl Scouts posting the colors from Meherrin Elementary School. This was followed with the “National Anthem” by soror Vonda Warren-Lilly. Watford then read Scripture and Elder Angela Vick of Galilee Baptist Church led everyone in prayer. Sabrina Tann, another soror, gave the purpose of the event, and Warren-Lilly performed “Wind Beneath My Wings.”

After which, soror Norma Jones introduced the speaker for the hour, Raven Powell. A native of Newsoms, she’s the daughter of Robert and Madeline Powell, a 2010 graduate of Southampton High School, a past Girl Scout of GS 5073, and a Hampton University biology graduate who received her Master’s degree from NC Central University. Powell works as a health administrator in the Hampton Roads Area, and is a DST member. Her message centered on the theme “Walking Forward and Not Looking Back.” 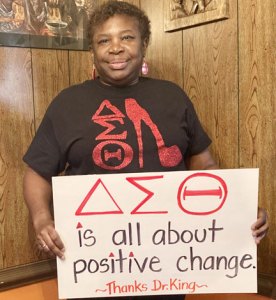 Sorors Natasha Preau and Amesheia Warren shared a power point presentation titled “Girl Scouts: Their Journey, Then and Now,” which recognized 10 Girl Scouts that started with Watford in GS 5073 (all but three were also students of hers) and remained active until graduating high school:

The sorority presented GS 5073 with the “Kisha P. Watford Leadership Award,” a monetary donation in her honor for her 20 years of leadership Girl Scouting.

A plaque was presented to Powell as speaker for the event. The virtual program was closed with remarks from Overman and the sorority’s president, Angela Artis.