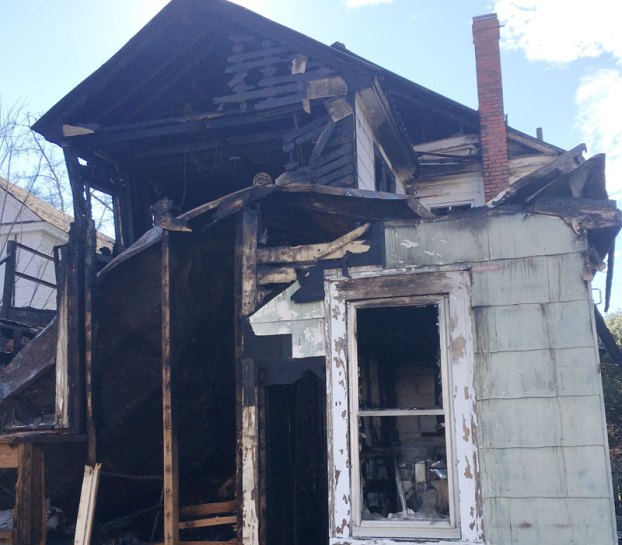 This house in the 600 block of Clay Street burned starting early Saturday morning. No people were inside at the time, but the four animals did not survive the fire. -- Stephen H. Cowles | The Tidewater News

Honey, a German Shepherd, was one of four animals that died in the fire.

A fire that ruined a house in the 600 block of Clay Street early Saturday morning destroyed not only the property within, but also the tenant’s beloved animal companions: dogs Honey and Mac, and cats Lucifer and Tequila.

Capt. Tim Dunn of Franklin Fire and Rescue said on Sunday the department got the call at 3:40 a.m. and had extinguished the flames by 8 o’clock.

Shaking his head in recollection, Dunn pointed to the charred back area of the building and said of the fire, “It was intense. We used 10,000 gallons of water.”

The captain also said that according to an investigation made arson experts within Virginia State Police, the cause of the fire is believed to be not suspicious. He added that the source is otherwise undetermined, and that insurance agents will later investigate at length.

The tenant, Koryne Andrew, was visiting her father, Blaine Andrew, in Pennsylvania when the event happened. Her mother, Raquel Jones, and stepfather, had been house-sitting. Raquel said the couple walked the dogs, Honey and Mac, at 11:30 p.m., then soon returned home a few miles away. 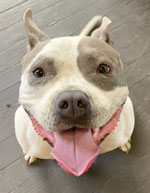 Mac, a pit bull, also died in the fire along with another dog and two cats.

A friend called Andrew and told her about the house fire, She in turn then contacted her mother to rescue the animals.

By the time the Joneses arrived it was too late for their daughter’s beloved companions.

Raquel said Andrew — who had moved back to the area from Pennsylvania four months ago — had not yet gotten her renter’s insurance established. A Go Fund Me page has been set up by a friend, Allison Griggs, to help Andrew rebuild her life.

COURTLAND Colby P. Kirkland A Capron man and Newsoms woman have each been charged with felonious sexual assault, which allegedly... read more