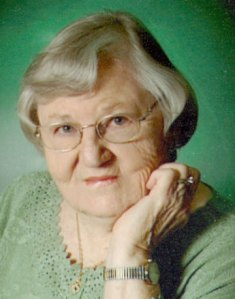 COURTLAND – Jackie Hancock Shearin, 93, went to be with her Lord on Friday afternoon, Jan. 15, 2021, in her home with her daughter by her side.

Born on Dec. 29, 1927, in Suffolk, Virginia, she was a daughter of the late Robert Lafayette and Mary Ernie Johnson Hancock of Courtland, Virginia. She was a 1944 honor graduate of Courtland High School, and in 1948 earned her Bachelor of Science degree with honors from Farmville State Teachers College (now Longwood University). She was the wife of Frank Winston Shearin, who passed away in 1994. She began teaching business classes in Southampton County in 1948 and taught until 1951. She received qualifications to teach elementary school from Longwood College in 1961, and began teaching the second grade in September of that year where she taught for 30 years. She was twice distinguished as “Teacher of the Year” at Courtland Elementary School. She was a former member of Alpha Phi Sigma and Delta Kappa Gamma. She was a longtime member (83) years of Courtland Baptist Church, where she taught children’s Sunday school, worked with the Girl’s Auxiliary and substituted for her daughter in the After School Daycare. She was a member of the Women’s Missionary Union in the Sallie Richardson Circle, a member of the Sebrell-Story Sunday school class, and was a key part of the “Keenagers” senior citizen program.

After retirement in 1991, she found many interesting things to do and places to go with best friend, Jean Worrell. On Monday mornings she sewed with the “Fruit of our Hands” group at Courtland Baptist. She and her daughter, Linda, enjoyed visiting the Amish country and going to the Sight and Sound Theatre. She was an avid Chinese checkers player and organized two clubs that met weekly in one of the player’s homes. She would play with both clubs. Her husband, Frank, made Chinese checkerboards and she would paint them and put the person’s name on it in calligraphy.

A celebration of life worship and praise service will be in Courtland Baptist Church at 11 a.m. Tuesday, Jan. 19, with the Rev. Robert Carpenter, the Rev. John-Paul Lotz and the Rev. Bill McCarron officiating. The service can also be viewed online at https://courtlandbaptist.org/.

FRANKLIN – Born on Aug. 16, 1933, Mary Ann was the daughter of the late Balfour and Elizabeth Josey Dunn... read more