Southampton County Supervisor Christopher D. Cornwell Sr. and Southampton County Public Schools (SCPS) Superintendent Dr. Gwendolyn Shannon are scheduled to meet in county district court this Friday at 9 a.m. He had her served with a writ of mandamus on Monday. That’s essentially defined as a judicial command to an inferior court or ordering a person to perform a public or statutory duty.” 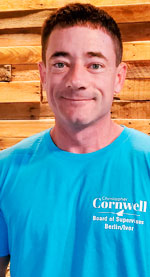 Cornwell is exasperated by what he perceives as a continued lack of response from the SCPS board regarding fellow supervisors’ questions on the school roof restoration project. At the Board of Supervisors (BOS) meeting in October, members such as chairman Dr. Alan Edwards expressed disappointment that no representatives were present.

So a formal request was made by the BOS on Nov. 6, only to get a reply four days later that, “A representative of the Southampton County School Board will not be available to give a presentation on the school division’s roofing project at the Nov. 24 meeting of the Board of Supervisors.”

He said that by the end of five business days later, sans holiday, he had not on Dec. 4 gotten any response as required by Virginia Code 2.2-3704(B).

The supervisors told The Tidewater News, “The BOS allocated to them [SCPS] roughly $5,000,000 for school roof replacements and upgrades. The work was completed during the summer of 2019, yet we hear a resounding message from interested parties within the system that some of them are still leaking, in some cases worse than before. Despite our best amicable efforts, they are for some reason seemingly unwilling to provide us [the BOS] with an update on the situation.” 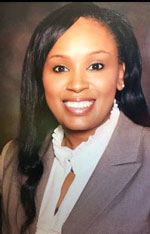 He continued, “We were elected by the people to be good, fiscally responsible, stewards of their hard-earned tax dollars, and that’s what I aim to do. Accountability and transparency within our government is paramount. The mere fact that one has to go to these length’s to obtain information that rightfully belongs to the public that we serve is appalling.”

At the SCPS meeting on Monday, Will Melbye, coordinator of auxiliary services and transportation, gave an update on facilities. For example, a new leak was found at Capron Elementary School, which was attributed to a broken nail. Leaks at Meherrin Elementary and Riverdale were attributed not to any faulty roofing, but to HVAC issues, such as a broken pipe. AirTech, the company that repaired or replaced roofs, corrected the issues there, as well as at Southampton High School and the Vo-Tech center.

After the school board meeting, Shannon was asked if she had any comment to make then, but she declined. On Tuesday, she again chose not to comment other than to state the “Southampton County Public School Division does not comment on pending litigation.”

To play or not to play?