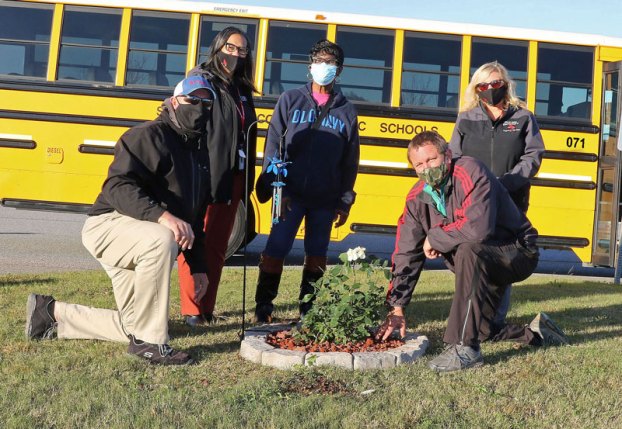 Kneeling are Tim Winters, a bus driver, and William “Buddy” Whitehurst, guidance counselor assisted in planting the rose bush. In back at center is Regina Kindred, with co-principals Kisha Watford, left, and Tamee Railey. -- Courtesy Frank A. Davis 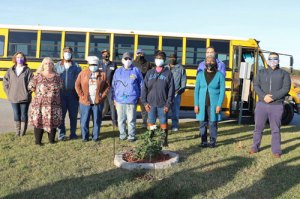 On Nov. 19, a rose bush was planted in the bus parking lot of Riverdale Elementary School in memory of John Henry Kindred. Kindred, who was funeralized on Oct. 27, was a bus driver for the school for 15 years. Staff of the school and Southampton County Public Schools were joined by a host of his family and friends for this ceremony.

During the event, those speaking recognized Kindred as a very devoted and kindhearted driver who was dedicated to the students that rode on his bus.

In a remark by a school staff member it was stated, “At Riverdale Elementary we rise by lifting others and we will continue to do just that as we remember Mr. John Kindred.”