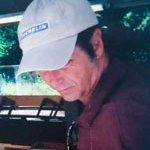 Born in Franklin, he was a son of the late Oscar Redell McClenny Sr. and Johnnie Mae Bryant McClenny. He was also predeceased by two sisters, Linda “Kaye” Carr and Pat Draper.

Tom was a retired contractor after 36 years and was the owner of O.R. McClenny Jr. General Contractor. After his retirement, he became the manager of the Mower Shop at Dail’s True Value and became a master technician.

Tom’s world was his wife, children and grandchildren. He loved fishing, playing golf and working with his hands.

A graveside service will be held on Tuesday, Dec. 8, in Southampton Memorial Park, with the Rev. Howard Vinson officiating. Memorial donations may be made to Hunterdale Baptist Church.

Angela H. Rose CARRSVILLE — Angela Harkins Rose, 41, went to be with her Lord and Savior, Jesus Christ, on... read more