He was a long time resident of Franklin. He was pre-deceased by his parents, Elmo Urquhart Blythe and Elsie Mae Howell Blythe, and a son-in-law, Robert C. Inman III. 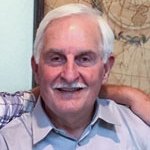 Dwight was a 1964 graduate of Franklin High School, attended Chowan College, served in the U.S. Army and was retired from Union Camp (International Paper) for over 30 years of service.

At his request, his body was donated to Research for the Advancement of Medicine.

A celebration of life will be held at a later date when all parties are able to assemble freely.

The family suggests that memorial donations be made to American Heart Association or the charity of your choice.