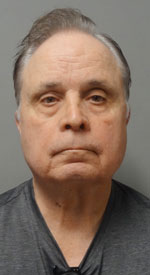 A Franklin man is in custody on charges related to soliciting a minor.

On Nov. 25, Southampton County Sheriff’s Office detectives executed a search warrant in the 34000 block of Brookside Court in Franklin, according to information provided by Maj. Camden Cobb, spokesman for the county agency.

Kenneth Crowder, 68, was arrested without incident for two felony counts of using electronic means to solicit a minor. Additional charges may be pending as the investigation continues.

Crowder is being held in the Southampton County Jail without bond.

COURTLAND The town of Courtland’s drinking water has tested above the federal limit for fluoride and lead. Water samples taken... read more