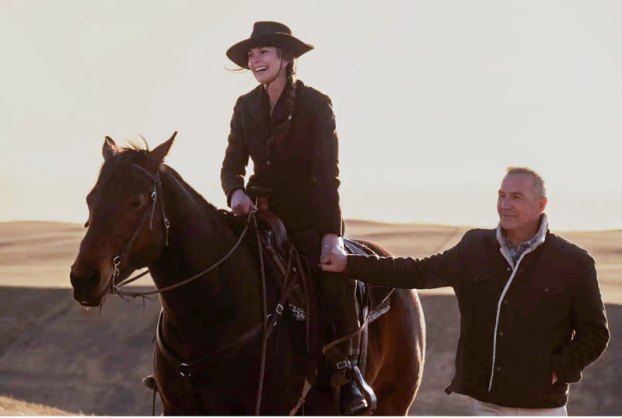 Ever since I first saw the trailer for “Let Him Go,” I held my breath that it would be a good movie worthy of Diane Lane and Kevin Costner. And … drum roll … it is! The film is not only worthy of its lead actors, but is one of the biggest surprise hits of the year (I feel like I have been saying that a lot recently)! “Let Him Go” is my favorite kind of genre-bending film that leaves you guessing from scene to scene. What starts as a seemingly slow-burn Western drama about grief and family, quickly transitions into a suspense-thriller that left me on the edge of my seat from scene to scene.

Based off of a book by Larry Watson, the 1960s-era film centers around George and Margaret Blackledge (Costner and Lane), a “salt of the Earth” Montana couple whose entire life is built around the principles of hard work and family. When their beloved son is killed in a horseback riding accident, Lorna — their daughter-in-law — and grandson move out from the homestead and into the “big” city. But although Lorna may have gotten away from her in-law’s watchful eyes, she enters into an abusive relationship with Donnie Weboy (and his domineering family) and begins to pull herself and son away from the Blackledge family.

Margaret is a lot more :ahem: action-oriented than her ex-sheriff husband George, and when she sees Lorna and her grandson being publicly abused by Donnie, she wants to intervene. But when Margaret goes to Lorna’s apartment to try to help, she discovers the family has left Montana. Now Margaret enlists her husband to go with her on a journey to get her grandson out of this seemingly dangerous situation. Little do they know, it is going to be a lot more difficult than they think.

I really appreciate how writer-director Thomas Bezucha expertly weaves in the dynamics of the 1960s western United States instead of ignoring it altogether. He has the characters meet Native American runaway Peter Dragswolf (Booboo Stewart), who is living outside of town and is willing to help the Blackledges on their journey. The introduction of his character is a noteworthy parallel, acknowledging everything taken from the Native American people— particularly in that area of the United States — including their culture, land and the forced separation and assimilation of Native American children.

“Let Him Go” works so well because it’s freakin’ Diane Lane and Kevin Costner, giving some of the best performances of their career and capitalizing on their amazing chemistry. Ever since they played Superman’s parents in “Man of Steel,” I have loved Lane and Costner as an on-screen couple and I am so glad we get to see that again in this film. Lesley Manville also gives a standout performance as sinister matriarch Blanche Weboy, who will stop at nothing to ensure her family unit is not disrupted by outsiders. Admittedly, some of the action at the end of the film starts teetering on over-the-top, but Bezucha had done such a great job building the audience’s relationship with the characters, I was able to excuse some of the more outrageous scenes.

Do not sleep on “Let Him Go,” which is one of the better films I have seen this year. A few decades ago, the film would have been a huge film for Hollywood, particularly because of the stellar cast. However, smaller-scale dramas are not being made as much as they once were, especially by non-streaming studios. Hopefully this film will continue to show that there is an appetite for throwback, character-driven films.

Unfortunately, despite it being a great vehicle for VOD release, “Let Him Go” is only currently available in theaters. So if you’re still staying out of theaters, please keep it in the back of your mind to watch when it is released on VOD (hopefully) later this year.

LAUREN BRADSHAW is a lover of all movies, even the bad ones. Follow her on twitter @ flickchickdc. She grew up in Courtland, graduated from Southampton Academy and doubled-majored in foreign affairs and history at the University of Virginia. She lives in the Washington, D.C., area.

Christ gets the last word

By Charles Qualls Don’t you have that friend, family member, coworker or neighbor who always has to have the last... read more