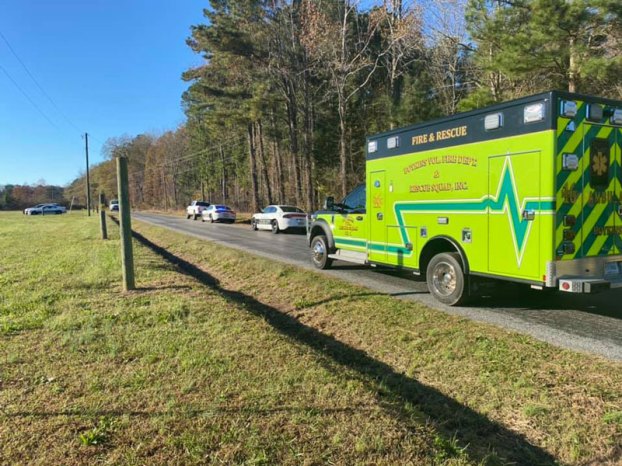 The Southampton County Sheriff’s Office and Boykins Fire & Rescue responded to the scene of an accident on Monday afternoon where a hunter had reportedly fallen out of a tree stand.

According to information posted on Boykins Fire & Rescue’s Facebook page, an ambulance was dispatched at approximately 1:40 p.m. to the 11000 block of Whitehead Road.

The EMS crew and a Southampton sheriff’s deputy entered a wooded area, where they made contact with another hunter who helped locate the injured patient. At the same time, fire units, a Virginia Department of Wildlife Resources officer and other deputies arrived on scene and entered the woods to assist.

After locating and carrying the patient approximately half a mile to a nearby building, another sheriff’s deputy arrived with a pickup truck to carry the patient to the roadway and to the waiting Nightingale Regional Air Ambulance crew.