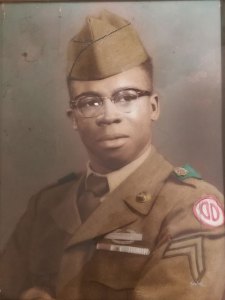 William Warren Sr. went on to have fulfilling civilian life

[Note: The family of William H. Warren Sr. provided details of his military service for this feature.]

William H. Warren Sr. was drafted into the United States Army in 1952, which was during the Korean War (June 25, 1950 to July 27, 1953). As a young man at 20, Warren left his close-knit family in Virginia and moved to Breckinridge, Kentucky, for several months to complete his basic training. He was assigned to the combat division of infantry in the Army. This means Warren was being trained for front-line battle and hand-to-hand combat. On completing basic training, he had the title of private first class.

The Army flew him to California, then he was on a ship for several days to Japan and finally another ship to Korea. On arriving at his assignment, Warren learned that the entire unit to which he had been assigned had all been killed the previous night during battle. Of the new arrivals, the squad leader selected him as his assistant, which gave him responsibility to serve as leader for a group of soldiers. At this time, Warren became a corporal and later during the war he was promoted to staff sergeant.

Combat war is an unimaginable, horrific and inconceivable human experience. Warren doesn’t volunteer many memories about his time in combat war, but when asked, he will share some of the experiences. Warren recalled living in foxholes for weeks at a time. Trucks with bathing water would occasionally visit. There would be combat battles with the enemy at night and the soldiers would attempt to get sleep during the day. There were occasions where solders would be killed during a battle and the body would remain with the surviving soldiers. During his time in Korea, he and his mother, Hattie Warren, would keep in continuous contact with each other by writing letters to each other weekly. His father is the late Horace Warren.

Warren served in active duty in Korea for 18 months until he was seriously injured from a shot to his head on Thursday, July 23, 1953 — four days before a treaty ended the conflict. It was a serious injury causing him to remain unconscious for four days. He was initially taken from Korea to Japan for treatment, then flown by military aircraft from Japan to California, and finally back to Kentucky for months of rehabilitation. The main diagnosis was traumatic brain injury, which has resulted in a lifetime of complications, including permanent loss of hearing in his right ear. To this day, Warren avoids loud sounds such as fireworks because of memories from the war.

He was honorably discharged from the Army as a disabled veteran and he received a Purple Heart for the personal sacrifices he made for his country.

The injuries Warren sustain during the war did not prevent him from a fulfilling, successful and complete life. On returning to his hometown, he resumed his relationship with Willie Mae Williams and on Sept. 3, 1955, they were married. Together they have four children, Linda Harris, William Warren Jr., Shelia Gay and Anthony Warren. There are now also five grandchildren and four great-grandchildren.

Warren spent most of his adult life working as a civilian employee at the Norfolk Naval Shipyard where he retired in 1989. 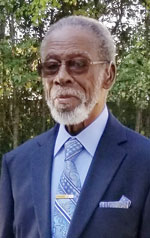 Warren had already dedicated his life to God prior to leaving to serve in the Army. In fact, when he was shot, he had a small Bible inside the helmet he was wearing. William and Willie joined St. Paul Holiness Church as a young couple and raised their four children in this denomination. He went on to become a deacon. In May 1980, Warren began serving as an associate minister until 1983, which is when he became senior pastor at Evergreen Apostolic Faith Church of God (AFCOG), Suffolk. Later in 1992, he also became senior pastor at Morning Star AFCOG, Norfolk. In 2013, the national AFCOG appointed Warren as a bishop.

He has enjoyed his role in serving his congregations for over 40 years. Though Warren resigned as senior pastor position at Morning Star, he continues to worship with that congregation regularly.

Today at 88, the bishop continues an active life, although for the last several months — due to the coronavirus pandemic— he has been living cautiously with his wife and oldest daughter, Linda. Warren still serves as senior pastor of Evergreen AFCOG with the assistance of other members taking on some of the responsibilities. Since March the church has been meeting virtually, but he looks forward to the day when they can return to church and worship in person. Bishop Warren serves as a spiritual advisor, mentor and counselor for many in his family and in his church community.

Bishop Warren’s favorite Scripture is Romans 8:28: “And we know that all things work together for good to them that love God, to them who are called to his purpose.”

Jonathan Lotz will be the guest evangelist at a revival hosted by Courtland Baptist Church on Nov 14-15. — Courtesy... read more